MASSIVE Payday May Bring Floyd Mayweather Out Of Retirement

When Floyd Mayweather retired last September, fans hoped he was not serious. They hoped he would stick around for at least one more fight and break Rocky Marciano's undefeated record (49-0). The mark did not mean enough to him to delay his retirement, so Mayweather hung up his gloves after the Andre Berto fight. However, it appears that he may be coming out of retirement, after all. If he does, it will not be so he can one-up Marciano. It will be because he is going to make a TON of money.

Saturday night, he spoke with Showtime during a match featuring a Mayweather Promotions fighter, Badou Jack, and alluded to a possible comeback:

"Everyone is asking me, 'Is Floyd Mayweather coming back?' Right now, I'm happy being on this side, but I've been talking with CBS and Showtime, and you just never know. But right now, I'm just happy on this side." 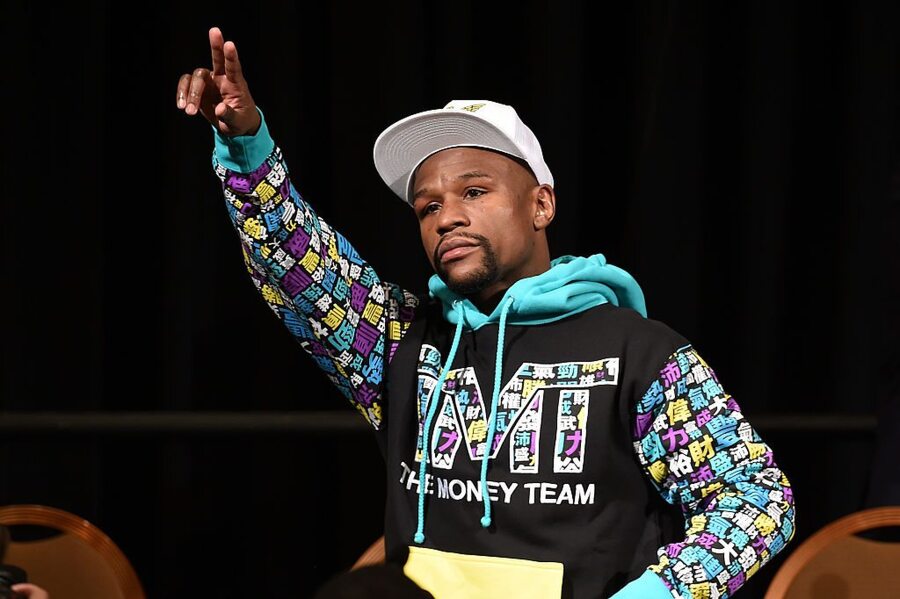 "As of right now, some crazy numbers have been thrown my way — upwards, of course, of nine figures," he told Showtime. "But I'm truly blessed beyond belief, and I really don't know what we're going to do. But right now, I'm really happy being on this side helping our fighters."

For him to get a guaranteed $100 million+ payday, his opponent is going to need to be someone much more formidable than Andre Berto. People will want to see him win fight No. 50 even if the opponent is an easy one. However, for the pay-per-view numbers to even come close to the 4.4 million buys the Pacquiao fight had, it will need to be someone people think might beat him.

Undefeated WBC welterweight champion Danny Garcia could be an option. His name has come up before as a possible Mayweather opponent. His record is impressive; 32-0 with 18 knockouts – but can he beat Floyd? Who knows, but it is not hard to imagine him giving Mayweather a good fight.

If Showtime, CBS, and Mayweather want to make the fight worthy of a $100+ million guarantee, they need to talk Manny Pacquiao into coming back for one more. He didn't seem 100 percent sold on retirement, so it probably wouldn't be too hard to talk him into it. The final bouts for both of them were forgettable. If either wants a chance at redemption in the eyes of fans and an unforgettable swan song, a rematch would certainly fit the bill.

All the speculation in the world means nothing if Floyd is not seriously considering fighting again. He'll never say for certain until a deal is done, but thanks to the U.S. Patent and Trademark Office, it appears that he is considering it. According to records posted on the site, Mayweather Promotions has filed for trademarks for "TMT 50" and "TBE 50."

Why file for those trademarks if there is no chance they will be used? Of course, doing so does not mean that they will be. It does, however, show he is thinking about it.