Marshawn Lynch had a less than pleasant relationship with the media throughout his NFL career. Which is really too bad, because the former running back has a lot of insightful things to say. After announcing his retirement earlier this offseason, Lynch recently sat down with Sports Illustrated's Jon Wertheim to chat about the Pro Bowler's life.

But first, he had to shoot down a rumor. After announcing his retirement, there were rumors that Lynch had never actually spent any of the $49 million he made during his nine-year career, instead living off the $5 million or so he made annually in endorsements.

Lynch denied the reports, saying that statement is false and he's "very much human." He also admitted to making mistakes, but he's made a lot of good decisions, too. He credits his family and friends for that.

"It's these smart family members that surround me and the team around me. I just listen a little bit," he said, responding to a question about trading the name "Beast Mode" when he was still a member of the Buffalo Bills. 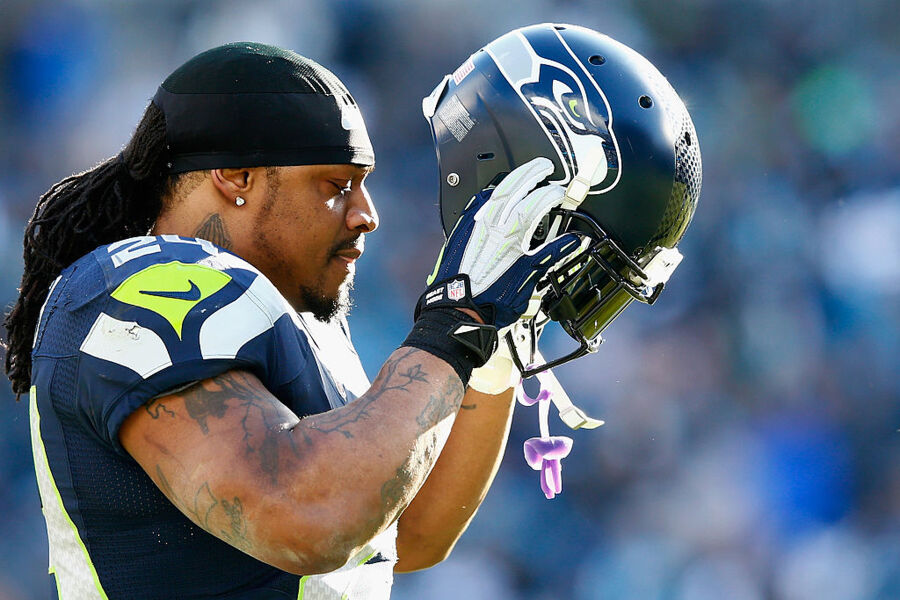 "If you came from eatin' cereal with roaches in it before, Dawg… Feel what I'm sayin'? You wouldn't want to do that again, right? Once you've seen the lowest of the low, you don't want to go back. But, like I told you before, it's not me – I have a good team and some smart family members around me."

In fact, Lynch went so far as to say that his wealth would be nothing if not for the people he surrounds himself with:

"You've gotta understand where I came from, Baby Dawg. Money wasn't s—. It was the love and respect that I had for my family and for my peers [that mattered]… Let's say I went and got all that wealth – and then I had none of my family, none of my friends, none of my peers to enjoy that with. What would it have been [for]?"

It's a good lesson for anyone, regardless if you have $49 million or simply $49. Keep your friends and family close, and somehow, things will work out in the end.

Check out his entire interview with Sports Illustrated here.