Mark Cuban Is Giving J.J. Barea Millions To Thank Him For His Loyalty

J.J. Barea is a legend among Dallas Mavericks fans. The 5'10" guard was a spark plug during the team's 2011 championship run, providing solid scoring and passing off the bench. He also shook off a clothesline from Andrew Bynum – a man 14 inches taller and 105 pounds heavier – during those same playoffs.

He's continued offering that consistent presence off the bench throughout the past decade. Now, he's being rewarded for it – even though he's no longer on the team.

The Mavericks signed Barea to a one-year deal worth $2.6 million this fall. Then, just mere weeks before the season started, ESPN reported the Mavs were releasing Barea. He'll get to keep all of that money without playing a single minute for them this year. 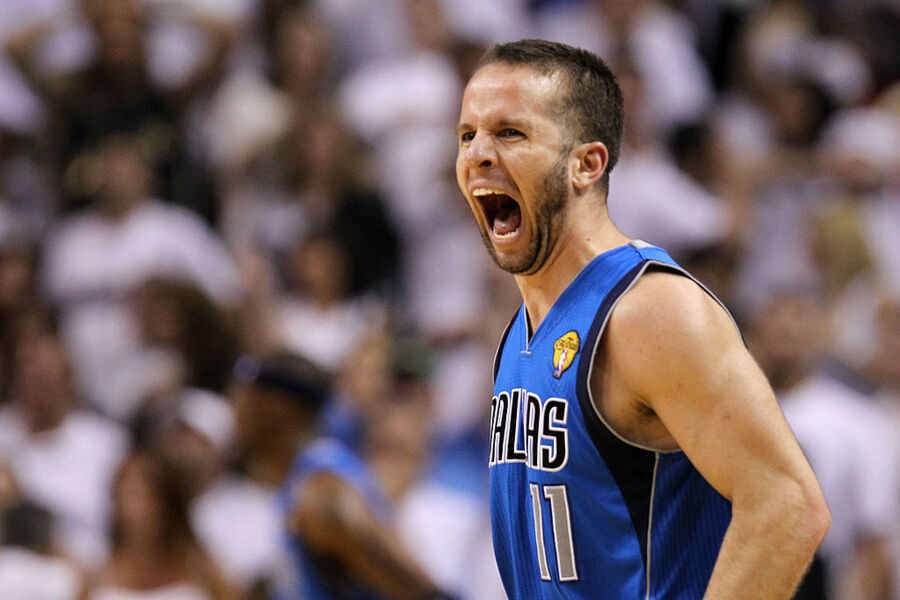 As ESPN reporter Tim McMahon explains, Mavs owner Mark Cuban knew the team would probably release Barea when they signed him to the deal. Cuban simply wanted to reward his guard for 11 years of service with the team. Barea was always popular with fans, was a leader in the locker room, and did some good things in the Dallas community.

The 36-year-old has spent 11 of his 14 NBA seasons in Dallas. He headed to Minnesota for three years the season after the Mavericks won the championship. Ultimately, he asked the Timberwolves to waive him so he could return to Dallas.

Barea reportedly still wants to play in the NBA, so we'll see if a team takes a flier on him. He may not contribute as many minutes on the court, but having strong veteran leadership is never a bad thing.

Even if Barea doesn't play a single minute in the NBA this season, he'll still earn millions of dollars thanks to his loyalty to the city of Dallas and the Mavericks organization. And if he does, in fact, retire, he'll go out as a local hero with a championship ring.

It's a classy move by Cuban to reward one of his players. Here's hoping Barea gets another chance to lace up his sneakers somewhere in the NBA.