Maria Sharapova Is Suspended For Two Years On Doping Charges

The ban commenced on January 26th of this year, when she tested positive for the drug, meldonium, shortly after an Australian Open loss to Serena Williams. Meldonium, which was added to the list of banned substances on January 1st, only a few weeks prior to Sharapova's positive test, is a drug related to the blood. When taken in close conjunction with physical activity, it is known to increase stamina and other physical functions.

On March 7th, the ITF declared a two-year suspension for Sharapova, based on her violation of its performance-enhancing drug policies – a suspension that was backdated to the time of her failed test. Shortly thereafter, Sharapova called a press conference and shocked the sports world by admitting to her crime, but pleading ignorance. 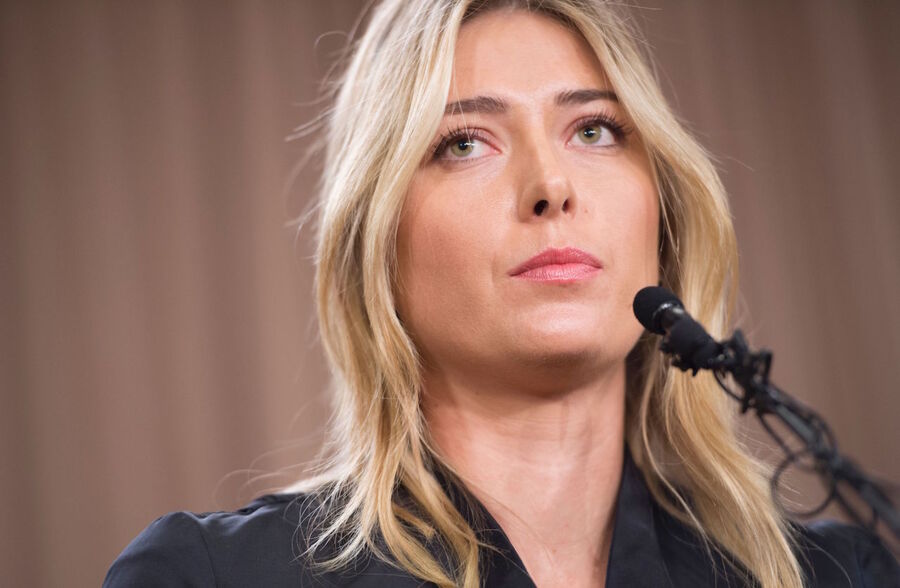 Sharapova's primary argument is that she had been taking the drug for over ten years as prescribed by a family doctor. The prescription was used to counteract genetic cardiovascular and diabetic issues. Unfortunately, her doctor is also on record as having advised her to take the drug in excess an hour before more important matches, which certainly doesn't help her situation.

While Sharapova claims she was unaware that the substance had been added to the list of banned drugs, she was still quick to apologize for her actions and hold herself accountable:

"I take responsibility for my professionalism in my job and I made a big mistake," said the 29 year old tennis phenom. "I know there will be consequences and I don't want to end my career this way. I really hope I will be given another chance to play tennis again. I can't blame anyone but myself. I have let my fans down."

Steve Simon, chief executive of the Women's Tennis Association, had this to say about the matter: "It is important at all times for players to be aware of the rules and to follow them. In this case, Maria has taken responsibility for her mistake from the outset. The WTA supports the process that the ITF and Maria have followed."

Sharapova has already appealed the suspension in hopes that it will be reduced or eliminated altogether. The appeal was filed on Tuesday, June 14th, and it has not yet been determined whether or not there will be a hearing on the matter. What we do know is that the Court of Arbitration for Sport has determined that it will expedite the ruling procedure in order to make a determination prior to the upcoming Olympic Games. According to the CAS, the ruling will be given no later than July 18th. If the suspension is thrown out, then Sharapova will be eligible to play for Russia in Rio this summer.

Sharapova's time off the court will prove costly if the suspension stands, as she will miss this year's Summer Olympics in addition to eight grand-slam tournaments between now and January 2018. But not only will she miss the time on the court, she'll be missing out on some sponsorships – her primary source of income – as well.

Two of Sharapova's major sponsorships have already been suspended for the time being: Porsche and Tag Heuer. Tag Heuer CEO Jean-Claude Biver implied in a recent statement that the company's decision will be based on the results of the hearing:

"We now have some time and as she is suspended for two years we are not in a hurry anymore to sign a new contract today or this month. We will see later what we are going to do."

A spokesperson from Porsche had a similar story:

"We have taken note of the recent International Tennis Federation (ITF) ruling in the case of Maria Sharapova and are especially aware that it was decided that she was not accused of intentionally violating the World Anti-Doping-Code. As Maria will appeal the decision, we will continue to keep all activities with her on hold until the final judgement has been reached."

Thankfully for Sharapova, both Nike and Head have agreed to stand behind their prominent athlete through the midst of these turbulent times. Nike, which originally revoked its contract, upon hearing that she had violated international anti-doping rules, reinstated her contract with the following statement:

"The ITF [International Tennis Federation] Tribunal has found that Maria did not intentionally break its rules. Maria has always made her position clear, has apologized for her mistake and is now appealing the length of the ban. Based on the decision of the ITF and their factual findings, we hope to see Maria back on court and will continue to partner with her."

Head, on the other hand, never wavered in its support of the Russian sensation, calling her a "role model" and a "woman of integrity." In fact, Head has since extended its contract with Sharapova, believing that the initial decision by the ITF was incorrect.

Combined, the contracts with Head and Nike will give Sharapova somewhere in the ballpark of $15 million per year. That should be enough to keep the bread on the table until she can play again.