Every athlete dreams of going out on top at the peak of their game. Unfortunately, this dream does not end up becoming a reality for most sports aging stars. Walking away is just too damn hard. Many athletes don't leave until an injury forces them out, or until their skills diminish to the point there is no longer any interest in their skills. Few ever leave their respective game of their own accord.

Manny Pacquiao's final fight is going down this Saturday night in Las Vegas against Timothy Bradley. He will not exactly be walking away on top, but he is walking away on his own terms. There isn't a title on the line, and the purse will be the same regardless of the outcome. His legacy has already been established, and will not really be affected by the outcome. But he definitely would prefer to go out a winner.

"When boxers say it's [their] last fight, most of them are lazy in training and they don't have the focus or eagerness," Pacquiao said. "For me, it's different. It's really important for me to win this fight convincingly. That's part of my legacy in boxing. I love to fight. I love to win." 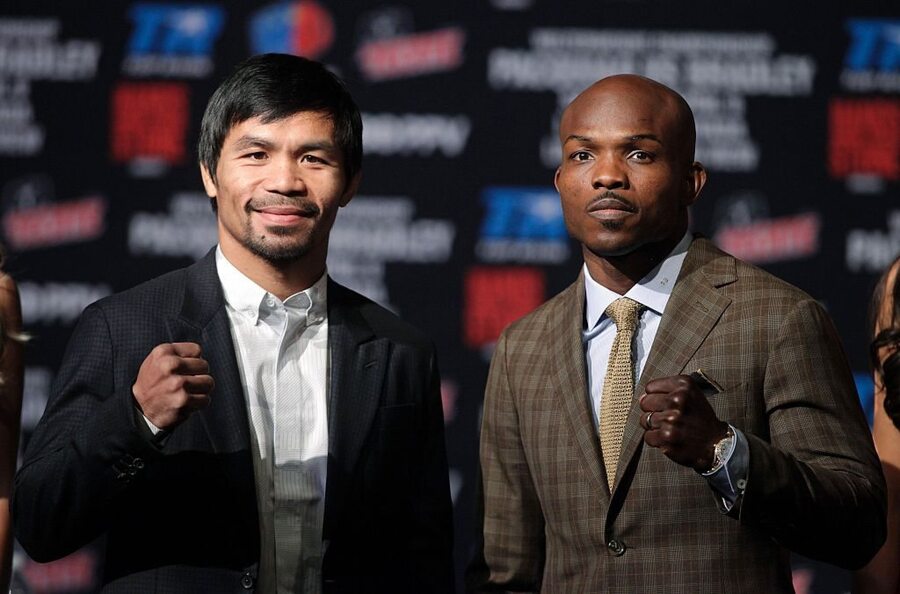 While he loves to fight and win, he also must love being guaranteed to make at least $20 million for a night's work (a $7 million purse and a cut of the pay-per-view revenue).

The first time these two met back in 2012, Manny took home $26 million (plus a cut from the pay-per-view). When they had a rematch two years later he was guaranteed $20 million. Bradley will make $4 million as well as a cut of the pay-per-view revenue.

Pacquiao is definitely hoping he can go out on a high note with a big win over Bradley; possibly even a knockout. However, he hasn't knocked anyone out since 2009, and during their first two fights, he failed to knock down Bradley even once.

"He maybe worked a little bit harder than usual," said Freddie Roach, Pacquiao's trainer. "I said, 'Let's go out with a bang.' That's what we intend on doing."

Some have expressed doubt over whether Pacquiao will actually retire from boxing following the fight. In fact, both his trainer and promoter, Freddie Roach and Bob Arum, have stated that they think he has a lot of fight left. Arum thinks Manny will definitely want to fight again if he wins against Bradley. Pacquiao, on the other hand, has remained steadfast that Bradley will be his last opponent.

"I've made my decision but it's not about being tired of boxing," he has said. "It's about the advice of my family and I consider their advice because they love me. Also, I'm thinking about giving more time to my family and my job to serve people."