Manchester United Has Offered Juventus $130 Million For Paul Pogba, But Will He Stay Or Go?

Paul Pogba, 23-year-old midfielder for the Italian squad Juventus and the French national team, finds himself caught in the middle of a tug-of-war between his former squad Manchester United and his current one.

Pogba saw limited action for United at the beginning of his career before being released for free to Juventus, a team located in Turin, Italy which competes in the Serie A league, back in July 2012. At the time, there was some doubt as to whether he would live up to his initial expectation on the field, and it seemed that then United manager Alex Ferguson didn't think too highly of him. Rio Ferdinand, who was a defenseman for United who played alongside Pogba, thought at the time that it was a foolish move to let the young star walk before he had had time to develop properly.

Now, United is dying to have Pogba back, and they're willing to pay big for him. He was listed as one of the four key players that newly instated United manager Jose Mourinho wanted to sign in the offseason, mostly due to the versatility he brings to the center of the pitch – an area where Manchester United was lacking in its fifth place Premier League finish last season. Pogba was also highly sought after by Real Madrid until the Spanish squad heard how much they might have to pay to get him. 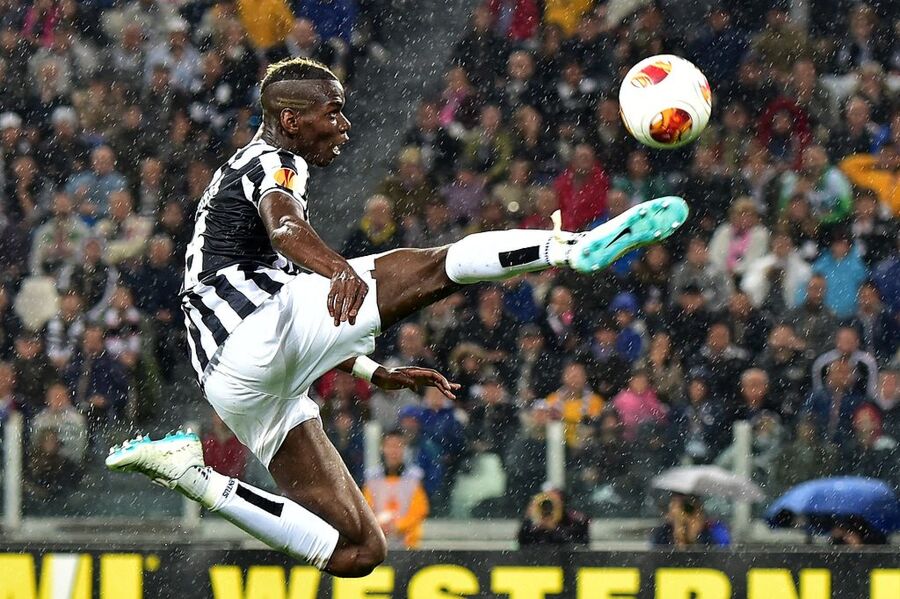 It has been reported that Manchester United has offered Juventus a Premier League record $130 Million to have Paul Pogba return to his old team. Pogba has also reportedly been offered a salary of over $300,000 per week for the next five years.

The question is: will he take the bait?

In response to this gargantuan offer, Juventus has offered to up Pogba's contract to about $170,000 per week, hoping this will tempt the versatile midfielder to stick around. According to Pogba's agent Mino Raiola, Pogba is in no hurry to make a decision. Fresh off a 1-0 loss in the European Championship to Portugal, Pogba reportedly left on a holiday and will take some time to mull things over. The deadline for the decision is August 31, but United was hoping to secure the young midfielder well before that date.

Raiola, who is also the agent for recent United signees Zlatan Ibrahimovic and Henrikh Mkhitaryan, said on Monday morning that Pogba is in "no rush to leave," later adding, "Paul is not desperate to move. We are very happy at Juventus and they are a club that want to keep their star players. Juventus have treated Paul exceptionally well. They are a fantastic club and they believe in him."

The remaining question, then, is which will win? Current loyalties? Or nearly double the salary plus $130 million?