A Man Put $60 Down On A 12-Team College Football Parlay, And Ended Up Winning…

College football is a crazy enough sport as it is. Tens of thousands of fans every week show their school spirit, donning jerseys, shirts, hats, body paint, masks, and a host of other accoutrements that represent their team's colors. And while the players surely appreciate the support, things can still all come down to a final kick, or one last pass, or a tenacious defensive stand. And there's nothing a fan can do but watch and hope things work out.

While watching the games is stressful enough, it's even more nerve-wracking if you're a fan that also likes to gamble.

One such fan was watching and hoping for a lot of games to work out on Saturday. According to Darren Rovell, a bettor put down $20 on three identical bets, spending a total of $60 in order to win $179,940. The maximum payout for this particular bookie was $60,000, and winning a 12-team parlay with a $20 bet was just under that amount. But by making three separate bets, this bettor effectively tripled their money.

Of course, while we all remember individual moments from college football, the reality is that there are more than 100 plays per game. In this case, that's more than 1200 plays that, in essence, had to go right for this bettor. How did the dozen games unfold?

Things started off easily enough. The first matchup pit Western Michigan, who should compete for a MAC title this season, against one of the Big 10's worst teams in Illinois. Favored by only 3.5 points, the Broncos won easily, 34-10, and the parlay was still intact.

In one of just two underdogs this card had, Colorado jumped out to a quick 14-0 lead to Michigan just four minutes into the game, including an interception returned for a touchdown. The Buffaloes ultimately couldn't hold onto the lead and surrendered a pair of late scores to No. 4 Michigan, but the early damage done was able to keep the score close enough for Colorado to cover the 20-point spread in a 45-28 loss.

Toledo, another strong team in the MAC, had the biggest line of the entire card, coming into the day as 20.5-point favorites. Instead of winning by three touchdowns, Toledo won by FIVE scores, blowing out Fresno State, 52-17. And in the biggest blowout of the entire card, Virginia Tech beat Boston College 49-0. The Eagles haven't won an ACC game since 2014, but the Hokies were only a 5.5-point favorite. If only they gave bonus points for an extreme margin of victory. 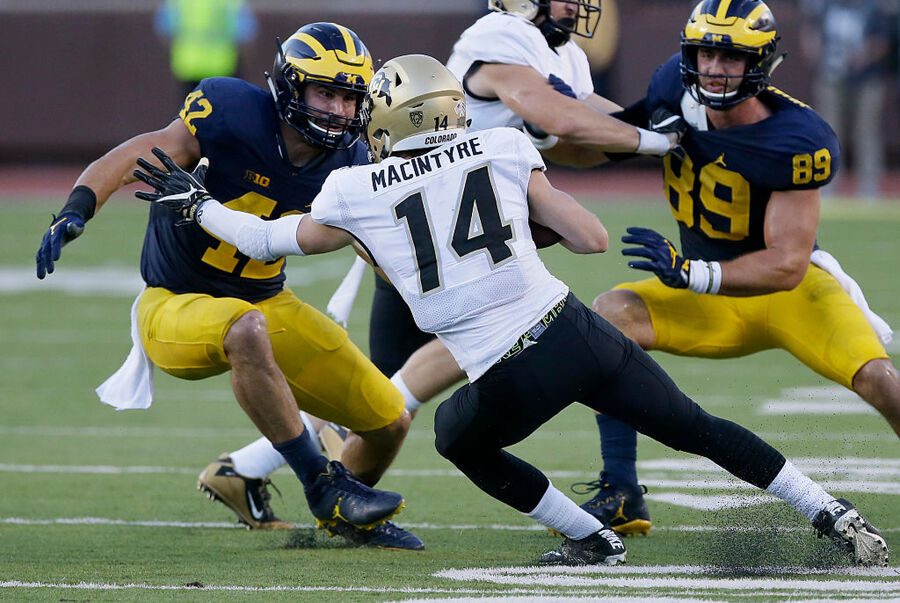 A third of the way through the card, and there really wasn't much of a sweat. But hey, we know college football is crazy, so the bettor wasn't relaxing just yet.

The South Florida Bulls, coming in as 14.5-point favorites, gave quite an early scare: they trailed the Syracuse Orange 17-0 after the first quarter. But the Bulls bounced back in a huge way, going on a 45-3 run to close out the final three quarters, and picking up a 45-20 road victory over the Syracuse Orange.

The scares continued over the next couple of games, as well. First, San Diego State (10.5-point favorites) jumped out to a 28-0 lead over Northern Illinois. The Huskies then scores 21 consecutive points to make it a ballgame again, but after trading off touchdowns, the Aztecs put it away when Donnel Pumphrey scored on a 79-yard run.

Second, the bettor included Oklahoma State as 5.5-point favorites over Pittsburgh. After Oklahoma State's controversial loss to Central Michigan last weekend, most people would probably stay far away from the Cowboys. And once again, they found themselves involved in an unusual situation. This time, inclement weather delayed the game for nearly two hours in the fourth quarter. When play finally resumed, the teams looked poised to head to overtime. But with just 1:30 left in the game, the Cowboys connected on an 86-yard pass, scoring a touchdown on the following play to take the lead and cover the spread. Phew, disaster averted. 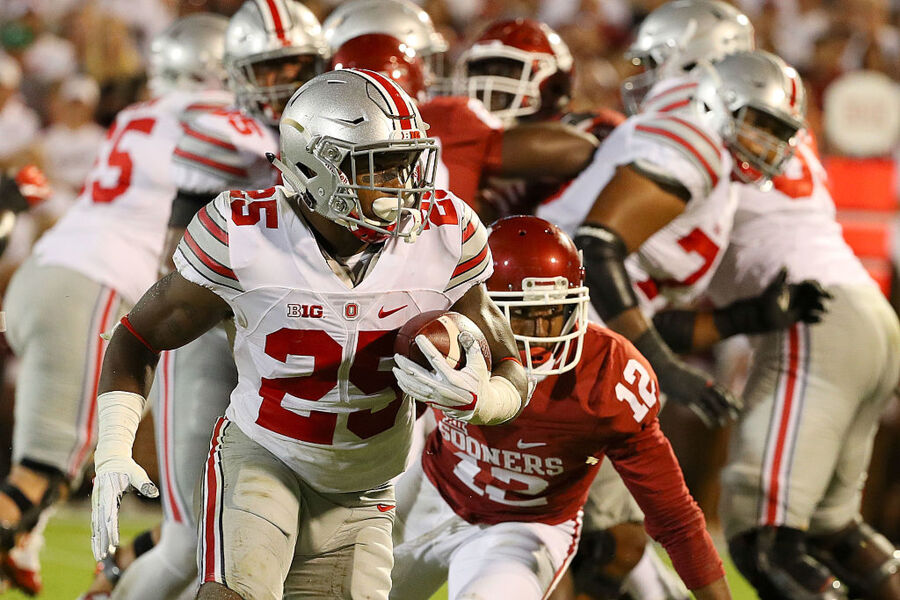 In perhaps the most anticipated game of the card, Ohio State was only a 1.5-point favorite over the hosting Oklahoma Sooners. But the Buckeyes simply overpowered the Sooners, handling them 45-24.

Two-thirds of the card was done, but there was one more scare left, naturally: Navy against Tulane. The Midshipmen were 5.5-point favorites over the Green Wave, and the teams were neck and neck all night long, with Tulane taking a 14-13 lead late. But Navy's quarterback, Will Worth, scored on a one-yard run with just under three minutes left to give his team a five-point lead. They wouldn't cover without the two-point conversion, though, and Worth delivered on that, too. In a game with only 80 passing yards combined between the two quarterbacks, it's only fitting the decisive points came on a pass.

From there, it was relatively smooth sailing. The other underdog on the card, Cal, was a 7.5-point dog against the 11th-ranked Texas Longhorns and ended up winning outright, 50-43, in a game where both defenses just decided to not show up.

And just like that, one bettor is about $180,000 richer. Of course, we don't know how much money was spent on losing bets in the weeks and years before this 12-team parlay won, but either way, it's a pretty impressive story. After all, how often do you get to increase your income by nearly 300,000% in a single day?