Unless you're a die hard football (or Dallas Cowboys) fan, you've probably never heard of Lucky Whitehead. For those who don't know who he is, Whitehead joined the Dallas Cowboys as an undrafted free agent in 2015, and played the past two seasons in Dallas in a combination of a wide receiver, punt returner and kickoff returner. But early this week, Whitehead wasn't so lucky; the Cowboys cut him on the first day of training camp. While players getting cut during training camp is a very common occurrence, it's the reason why he was cut that has many people talking, and may very well lead to a lawsuit from Whitehead.

On Monday morning, various news outlets reported that Lucky Whitehead had been arrested on June 22 for shoplifting at a Wawa in Woodbridge, Virginia. According to the report, Whitehead was charged with petit larceny and was released on a court summons. He was allegedly ordered to report to court on July 6, but never showed up, and as a result, the Prince William County Police Department issued warrant was issued for his arrest.

Only hours after Whitehead's arrest was announced, the Cowboys cut him from the team. Whitehead though, pleaded his innocence, claiming that the entire situation was a case of mistaken identity. He claimed that he wasn't in Virginia at the time, but that he was on a flight from Dallas that landed in Washington, D.C. 10 hours after the crime was committed. Despite his pleas, the Cowboys weren't buying it.

As it turns out though, Whitehead was in fact, telling the truth. The Prince William County Police Department released a statement Tuesday that confirmed that the man that was arrested wasn't Lucky Whitehead, and did not have identification on him at the time, but provided a name, date of birth and social security number that matched Whitehead's. 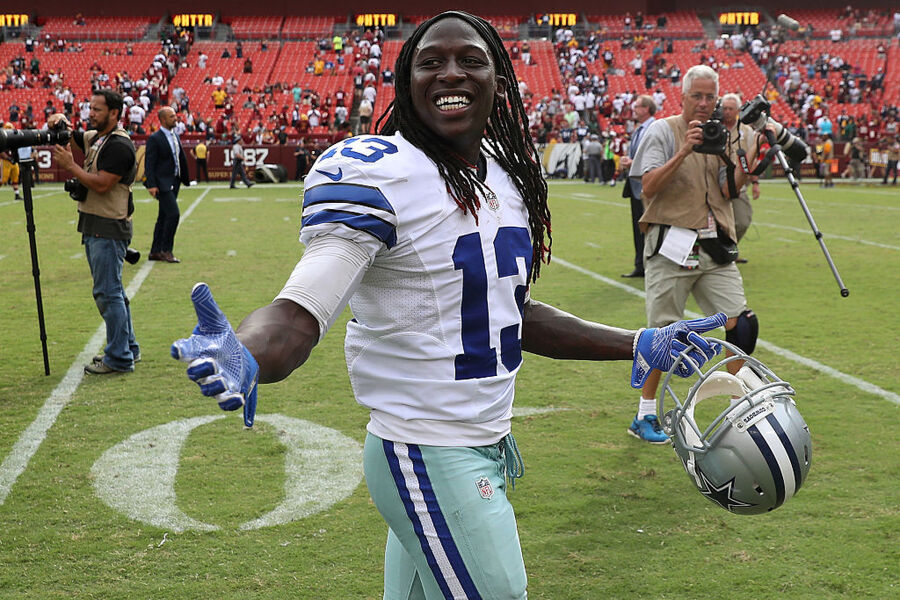 Despite his name being cleared in the situation, the Cowboys stood their ground on their decision to cut Whitehead. Head coach Jason Garrett said "that we thought was in the best interest of the Dallas Cowboys. We're going to stand by that decision and move forward."

Whitehead may be in line to file a lawsuit against either Prince William County or the Dallas Cowboys as a result of the situation. During an interview with KDFW4 in Dallas, the former Cowboy stated that he was "blindsided" by the Cowboys decision and felt upset because "nobody had [his] back." When asked whether or not he was going to pursue legal action, he stated that "Somebody need [sic] to," before saying that he would be speaking with his agent about how to go forward with any legal action.

He added that he's looking to move forward, and catch on with another team.