For Luke Walton, the transition from player to head coach was kind of fast: He was still a player back during the 2012-13 season. The following year, he joined the coaching ranks with the Los Angeles D-Fenders of the NBA's Developmental League. On July 3, 2014, he became part of a Steve Kerr's staff with the Golden State Warriors staff.

Next year, he will be the head coach of the Los Angeles Lakers.

The Lakers signed him to a five-year, $25 million contract with four years guaranteed. He will have a base of $5 million a season, and can earn more if he can meet any of the incentive clauses worked into his contract. It's a dream job, much like playing for the Yankees is for a baseball player. The Los Angeles Lakers are one of the most successful and most valuable franchises in NBA history. However, ever since Phil Jackson stepped down, the dream has been more of a nightmare. 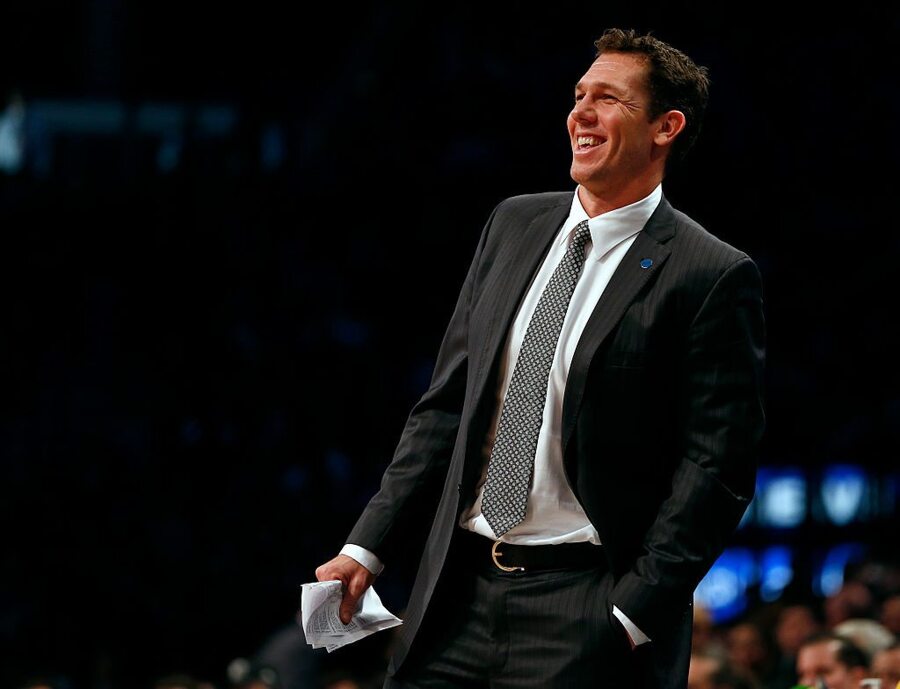 The team has had a revolving door at head coach. Luke Walton will be the fifth since Jackson stepped down. They were not terrible on the court under Mike Brown, but they were not good either. The last three seasons, however, were awful. They have gone from being one of the league's best teams to one of the worst. Over the last three seasons, they managed just 65 wins. The San Antonio Spurs and Golden State Warriors had more wins in this season alone.

An inability to make any discernible progress with the talent on the roster led to Byron Scott's dismissal and an opportunity for Walton – but should he take it? Working with a weak team like the Lakers is going to be a lot different from working with one as talented as the Golden State Warriors. Even though he knew what an opportunity it was for his son, former NBA great Bill Walton, told his son he should turn it down.

"Stay where he is, head coaching jobs are open for a reason," Walton said. "What he has right now doesn't get any better than that. Money cannot buy what they have on the Warriors right now."

It is hard to argue with him. The Lakers have some raw talent on the roster, but are missing a go-to guy. The Warriors, on the other hands, are poised to be a contender for years to come. One of the things that attracted Walton to the job was the Lakers' plan to acquire some much-needed talent.

"[The Lakers] laid it all out. They showed what they want to do, players they plan on going after, all that stuff," Walton said, via ESPN. "That's exciting to me. Get to be with one of the greatest organizations in the history of sports, and they're ready and willing to get after it."

By guaranteeing him four seasons, the Lakers front office is telling Walton they are going to give him a chance to do whatever it takes to turn the franchise around. He's not going to have to worry about getting fired after one poor season or a slow start.

If they did, it would cost them $20 million.