Look Out NBA Fans… We May Have Another Lock Out Coming!

With images of a great NBA Finals series between the Golden State Warriors and the Cleveland Cavaliers still fresh in the memory of basketball fans everywhere, it is hard to think about anything that could be negative or detrimental to the game. However, if the league is not careful, there is a good chance that there could be a dark cloud forming in the near future for the NBA.

We could be looking at another lockout after next season.

If you are thinking that it seems like we just had one, you are correct. The 2011-12 season did not start till Christmas Day rather than November 1, and had only 66 games relative to the normal 82. It looks like there is a very good chance we will have yet another one that may or may not impact the 2016-17 season.

After next season, the players will have the option of opting out of the current collective bargaining agreement should they choose to do so. With the league set to begin a new television contract with ESPN and Turner Broadcasting valued at $24 billion, they most certainly will.

The players currently get a 51 percent piece of all basketball related income. It was a step down from the 57 percent cut they had before, but much better than the 47 percent cut the owners originally proposed. 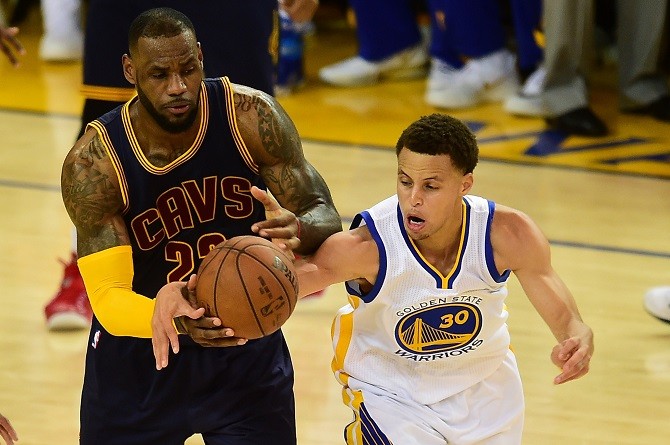 So why does this mean a lockout is coming?

As it stands the salary cap for the 2016-17 year stands to be around $90 million with a possible jump up to $108 million the following season. Next season it is expected to be $67.1 million. With so much more money at play, there is no reason for the players not to opt out.

Yes, they already make a killing. NBA players on average make more than players in every other team-oriented sport ($4.58 million). Seven players had a base salary over $20 million last season, 21 made at least $15 million and 55 made over $10 million. The players are already doing pretty well so why rock the boat?

Easy—because there is no reason to let the owners enjoy the new television windfall. The players will also have new representation in new executive director Michele A. Roberts. After taking a cut thanks to former executive director Billy Hunter the players are going to want to see Roberts go to bat for them.

Robert does not think there will be a lockout, but her reasoning is because the owners do not have a leg to stand on in refusing the players a better piece of the pie. Well—that is exactly what the owners are going to do because it is what they always do.

The league will have a new person at the table in Commissioner Adam Silver with David Stern retiring since the last contract. Like Roberts he doesn't see a lockout coming either. He had this to say about the matter during halftime of Game Five of the Finals:

"I think we have a very fair deal right now. I think the deal is designed to pay players a percentage of revenue, so it self-adjusts as revenue goes up. And when the new television deal kicks in in 2016-17, the players are going to be averaging over $8 million a year.

"I think, again, it's a fair deal. If there's things they want to talk about, of course we'll talk about them. But I'm not overly concerned. I think we've got a great thing going right now. I think both sides recognize that."

The history of labor talks in the NBA alone should be enough to give him a reason for concern, but there has to be a reason why he gets paid $10 million himself. He must know something.

For the sake of NBA fans everywhere, hopefully he and Roberts are right.