Lionel Messi Willing To Change Leagues… But It Definitely Won't Be Cheap!!!

Lionel Messi is one of – if not the best – soccer players in the world. He has been named the FIFA Ballon d'Or winner four times (which goes to the best player in club soccer) along with three European Golden Shoes (top goal scorer in his league). He also holds several goal-scoring Guinness World Records.

As a member of Barcelona, he has helped the club win seven La Liga titles and four UEFA Champions League titles, and three Copa del Rey titles. So it is safe to say Barcelona fans would hate to see the man go. At 28, he is nowhere close to retirement age, and he is under contract till 2018, so that shouldn't be a problem.

That is, unless he really wants to leave the club which the 28-year-old appears to be interested in doing. 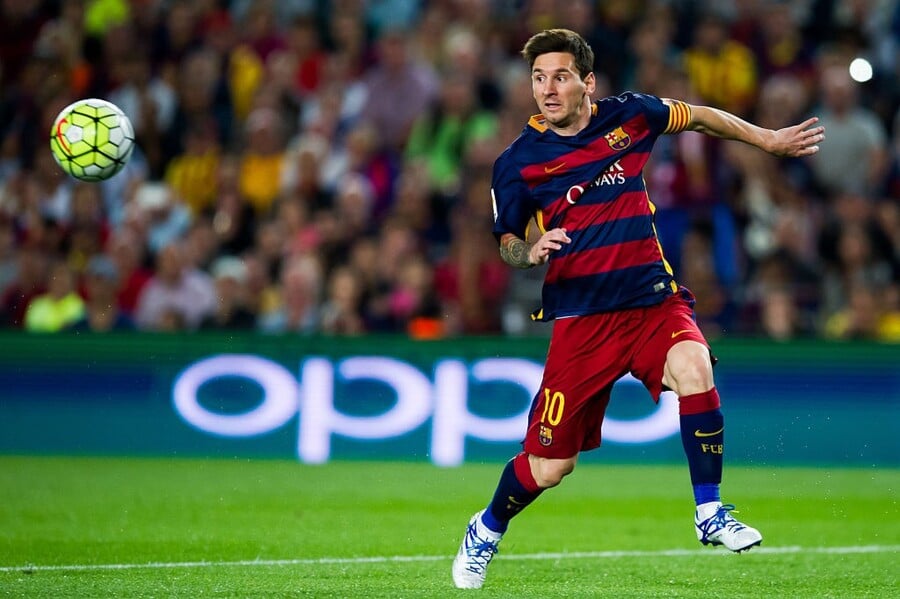 In light of the issues he has been having with tax authorities in Spain, he has made public his desire to leave La Liga for the Premier League. As exciting as the prospect must be for the team that gets him, doing so will come with a pretty hefty price tag.

Rumor has it that Messi wants to make £18m a season after taxes, which means he will need to make £600,000 a week ($917K). Over the course of a 38-week regular season that adds up to a pretty serious chunk of change.

The average salary per player league wide is only £44,000. His salary would be more than that of Arsenal's five highest players combined.

It would cost his new team a lot more than £600,000 a week in order to obtain his services. The team that wants him would have to pay the buyout clause in Mess's current contract (250 million euros or $268 million) before they could sign him to a new deal.

As for his £600,000 a week demands, one fan has suggested a rather ambitious way to cover it should the team consider him too expensive – crowdfunding.

I'm pretty sure I could find another 599,999 other #Arsenal fans willing to set up a £1/week direct debit. #messi #afc #justdoit #thedream