Last Time The Minnesota Timberwolves Had A #1 Draft Pick, Something Very Strange Happened…

Now that the NBA season has reached its conclusion, we can start focusing on next year. And there's no better place to begin than the NBA Draft. The Minnesota Timberwolves had their ping pong balls bounce the right way and won the Draft Lottery–a fairly rare occurrence where the worst team in the league actually gets the top pick. And when the draft finally went down last night, the Minnesota Timberwolves selected select Karl-Anthony Towns as the number one pick.

Now the 6 foot 11 center from the University of Kentucky has to live up to a lot of hope and hype. Why is that? Well, as you're about to learn, when it comes to number one picks, the Timberwolves have a strange, and fascinating past. 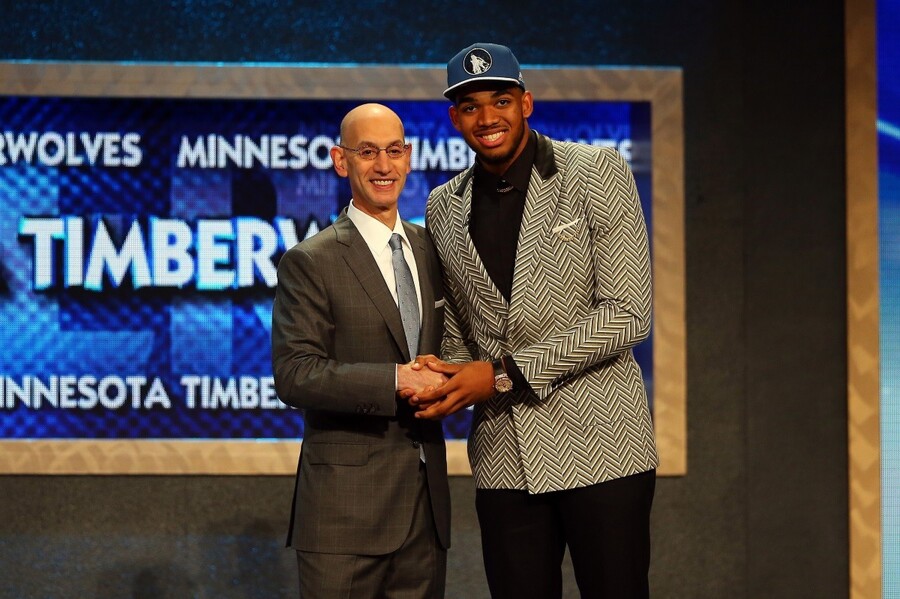 The Timberwolves' draft drama all started back in 1999. That was the year the Timberwolves took a flyer on Joe Smith, the number one overall pick from the 1995 NBA Draft. Smith had a very productive career at Maryland, winning College Player of the Year the season before he left for the NBA, and had posted solid stats for the Golden State Warriors during his first three years in the league. Even though his numbers dropped substantially after he was traded to the Philadelphia 76ers in 1998, Smith was still a highly coveted free agent going into the lockout-shortened 1999 season.

Prior to being traded, Smith had turned down an $80 million extension from the Warriors. He clearly thought he was worth big money, which caused a lot of head scratching when he signed with the Timberwolves for one year and only $1.75 million. For reference, 214 players earned at least $2 million during that season, and Joe Smith was certainly better than many of them.

Of course, the reason Smith signed with the team for such a pithy amount of money was that he had a secret agreement with them: he'd sign three separate one-year contracts to build up his Bird rights, which would allow the Timberwolves to go over the salary cap to pay his contract. For Smith, that meant a big payday, one that would have potentially netted him $86 million. 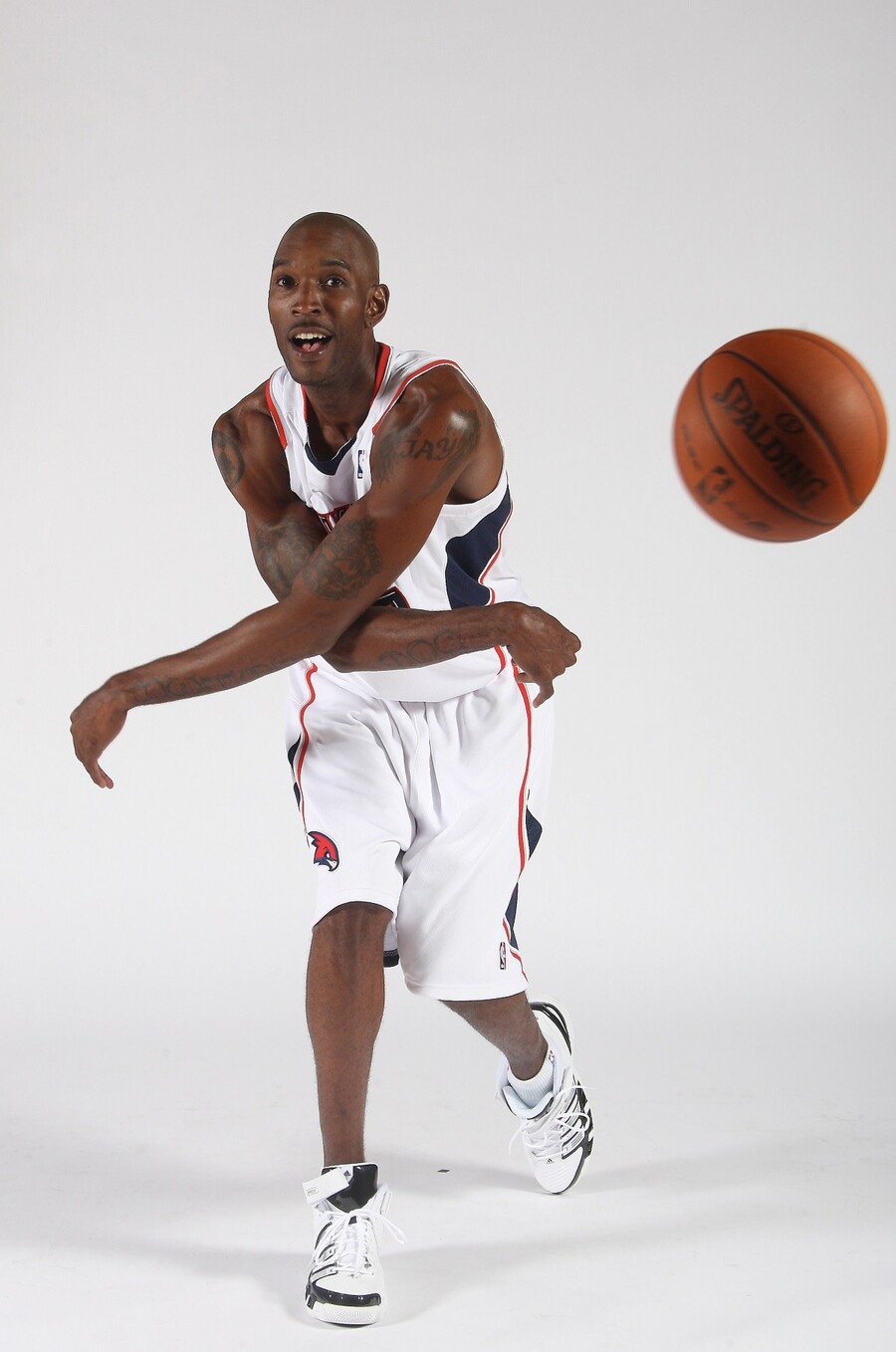 Minnesota and Smith probably considered this a clever move; the NBA, however, considers it cheating. Smith and the Timberwolves might have gotten away with it, too, if it hadn't been for those snooping kids…er, agents. Eric Fleisher was an agent who worked at Andrew Miller's firm. When Fleisher bolted the firm, he took clients Smith and Kevin Garnett with him. Fleisher then tried to sue Miller, and voila! All those supposedly secret documents and phone calls were exposed.

Before the 2000-01 season started, Smith had just signed the third of his one-year deals, for $2.5 million. But the league had seen enough, and promptly dropped the hammer on the franchise. Smith's contract was voided, the Timberwolves were fined $3.5 million, and had to forfeit their next FIVE first-round draft picks. Smith's previous two contracts were also voided, so his Bird rights flew away. What's more, Timberwolves owner Glen Taylor was suspended through August, and the team's VP of Basketball Operations Kevin McHale took a leave of absence through July. McHale insisted he had no knowledge of the deals, and suggested they happened all the time in the league, even claiming eight to ten teams were currently doing it after his squad got caught. He just said the other teams were better at hiding their illegal activites.

Though the Timberwolves did eventually get their 2003 and 2005 draft picks restored, they ended up taking Ndudi Ebi (played 19 games over two seasons) and Rashad McCants (has been out of the league since 2009), respectively. If you can name where either one of those guys are playing now without looking it up, you should win a medal for obscure basketball knowledge.

Meanwhile, Smith ended up joining the Detroit Pistons for a year, before making a grand return to Minnesota…kind of. He signed a six-year, $34 million deal with the Timberwolves, a far cry from the money he thought he'd be making by then. After two more seasons in Minnesota, he was traded to the Milwaukee Bucks. He also ended up on the Denver Nuggets and back on the 76ers before his six-year deal was done.

Over four seasons in Minnesota, Smith averaged 10.3 points, 6.3 rebounds and 1.1 assists, pretty fitting numbers, considering his career averages of 10.9 points, 6.4 rebounds and 1.0 assists–the team truly got the most mediocre years of his career.

After 16 seasons in the NBA, Smith finally decided to hang up his sneakers in 2011. Though he never really blossomed past the potential he showed in his first three years in the league with Golden State, that's fairly impressive longevity. He also tied the record for the most franchises played for in a career, with 12. It's a distinction he holds with other (mildly) famous journeymen Chucky Brown, Tony Massenburg, and Jim Jackson. In case you're curious, he played for the Warriors, 76ers, Timberwolves, Pistons, Timberwolves again, Bucks, Nuggets, 76ers again, Chicago Bulls, Cleveland Cavaliers, Oklahoma City Thunder, Cavs again, Atlanta Hawks, New Jersey Nets, and Los Angeles Lakers. Phew, that's a long list.

Being a part of a wacky handshake agreement and having some kind of living situation in 25% of the continental United States are two pretty notorious things to be remembered for, and perhaps there's a little bit of a Joe Smith curse on the franchise. After all, though Minnesota did make the playoffs the year after his departure, the team hasn't returned to the postseason since 2004. More realistically, it's probably the fact that the Timberwolves historically draft poorly and can't really lure free agents to the Land of a Thousand Lakes. But hey, the NBA Draft is all about hope, so Minny should be feeling good. Right now, the Timberwolves can pick any incoming player they want. They won't even have to break the rules to sign him.