To Skip Or Not To Skip: Leonard Fournette's Bowl Game Decision

LSU running back Leonard Fournette is among the top collegiate players set to enter the NFL draft in April. For his career, he's racked up 4,356 yards from scrimmage and scored 41 touchdowns.

That number isn't likely to change after LSU's New Year's Eve match-up with Louisville, because Fournette is planning to skip the game.

It makes sense. Running backs already have a short career span and Fournette has seen other guys – such as former South Carolina running back Marcus Lattimore – suffer gruesome injuries in the past that ended their playing days early. Since college players don't get paid, Fournette would only be gambling with his financial future if he played against the Cardinals, right?

Actually, if Fournette were to play and suffer a career-ending injury, he'd still be okay financially. Thanks to his insurance policy, if he was never able to play another down of football, he'd receive $10 million tax-free. If he got hurt and that injury resulted in a tumble in the draft – like we saw with former Notre Dame linebacker Jaylon Smith last year – Fournette would still earn $5 million. 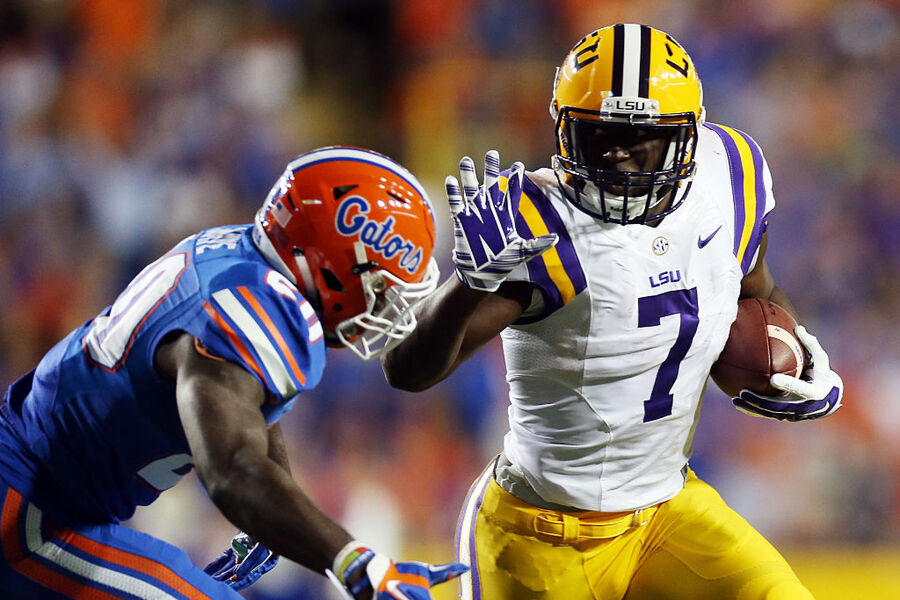 Of course, Fournette could stand to make a lot more money as the first running back taken in the draft, which he's projected to be. Ezekiel Elliott, taken No. 4 overall last year by the Dallas Cowboys, signed a four-year deal for just under $25 million. Even getting selected last in the first round would bring home a contract of more than $8 million.

Expect this to be a trend in the coming years. Fournette was even encouraged by some people to sit out the entire season. With the way collegiate football is set up – players have to be at least three years removed from high school before entering the draft – sometimes playing can do more harm than good.

Skipping a bowl game doesn't come without criticism. Fans, players, and NFL executives alike have expressed their concern about Fournette and McCaffrey's decisions. But when a team with a need at running back comes on the clock in April's draft, it's incredibly doubtful they would pass on someone with a lot of talent simply because they sat out their final collegiate game.

For those projected first-round players who do want to play every college snap, they should take a page out of Fournette's book and make sure they're insured. Football is a violent sport and one play could change everything.