Leo Messi's Salary Is Higher Than The Combined Salaries Of The Entire U.S. Men's National Team

If you missed Leo Messi's free kick goal in Argentina's 4-0 victory of the United States in the Copa América, do yourself a favor and check it out below.

The goal not only gave Argentina a two goal lead en route to a dominating win in the semifinals, it also was the goal that gave Messi the all-time scoring record. He became the leading scorer in Argentine history after a beautiful soaring shot into the top right corner of the net.

That's impressive in and of itself, but what's even more amazing is Messi's financial situation. Next season, his club FC Barcelona is going to pay him $44.3 million. Just how high is that salary? Well, it's about $15 million more than the entire 23-man U.S. Men's National Team is going to earn.

Of course, Messi is arguably the best player in the world, and many of the U.S. men play in Major League Soccer, where the highest salary this season is just $6.6 million. Still, that's a pretty staggering difference.

However, it's likely worth it. Messi is the only player in the world to win five Ballons d'Or, four of which he won in consecutive years, and he's the only player to win three European Golden Shoes. While a member of FC Barcelona, Messi has won eight La Liga titles and four UEFA Champions League titles, plus four Copas del Rey. 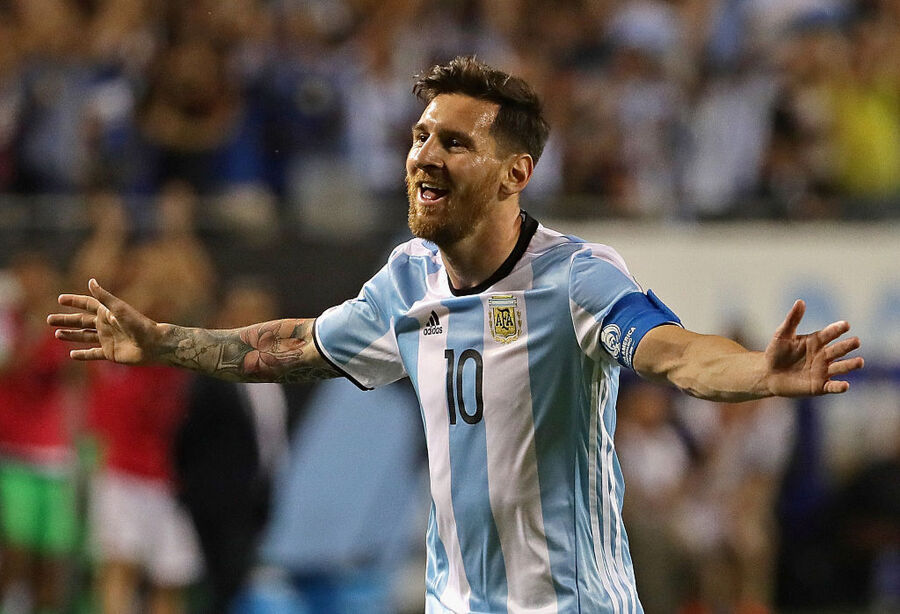 While his free kick goal established a record for the Argentine national team, Messi has set plenty of records for FC Barca, too. He holds the records for most goals scored in La Liga, a La Liga season (50), a calendar year (91), a single season (73), a Champions League match (five), and most Champions League seasons (five).

Messi has translated his success on the pitch to big endorsement deals off of it. He's done sponsorships for Adidas, Samsung, Pepsi, Turkish Airlines and Herbalife. Those deals have given him an estimated additional $22 million per year.

He's already established a strong career, and having just turned 29 years old, Messi's likely got a handful of solid years left in him. It'll be great to see what other records he can break.