Lionel Messi Will Make An Absurd Amount Of Money Next Year

We've previously reported the fact that Leo Messi will be making an absurd amount of money from FC Barcelona next season. Despite the announcement of his retirement from international play, following Argentina's loss on penalty kicks, Messi will still be quite sound financially: FC Barca will be paying him $44.3 million in base salary next year.

That's more than the entire U.S. Men's National Team will make. Granted, most soccer players don't make that much money on the pitch, so perhaps that's not a fair comparison. How does Messi stack up against, say, a football (or American football, as it's known in the rest of the world) team?

So, whether you're talking futbol or football, Messi is making bigger bucks than just about anyone. But what about the other major professional sports? 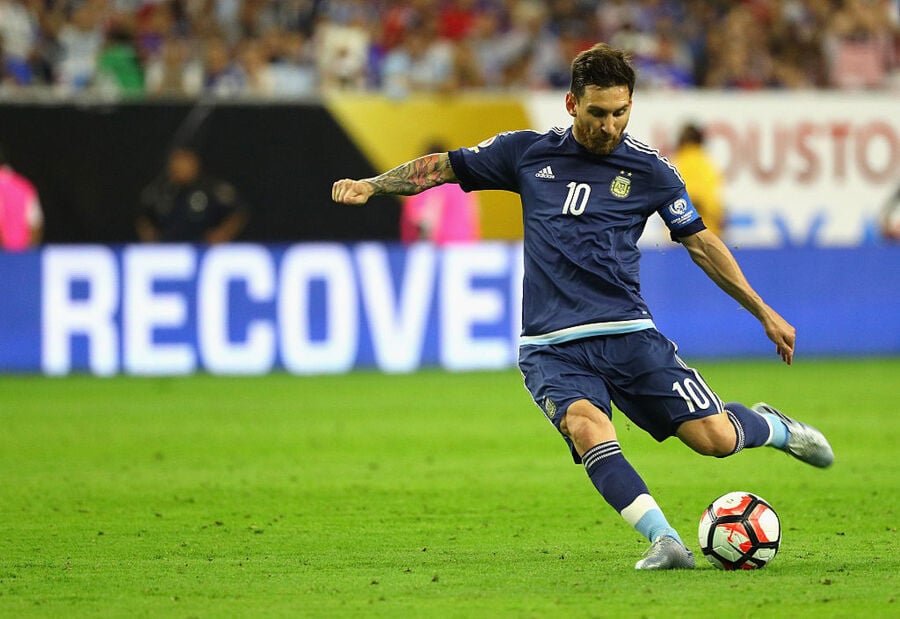 We'll start with hockey, simply because you don't see many huge contracts being tossed around in that sport. This year's champions, the Pittsburgh Penguins, have a handful of great players, but six of them combined (Sidney Crosby, Evgeni Malkin, Kris Letang, Philip Kessel, Patric Hornqvist and Olli Määttä) will still make about $820,000 less than Messi will during the 2016-17 season.

Okay, how about baseball? There's no salary cap, but the front-runners this season, the Chicago Cubs, are paying their best pitcher, Jake Arrieta, and arguably their five best hitters – Ben Zobrist, Kris Bryant, Anthony Rizzo, Dexter Fowler and Addison Russell – a combined $34.9 million. You could even throw closer Hector Rondon and slugger Jorge Soler onto that list and you'd still only be at a total of a little more than $42 million. Even in a league with no salary caps, the best team can't compare to Messi.

But surely, in the NBA, where giant contracts are handed out like candy on Halloween, a player can reach Messi's status, right? Nope. Even though they led the Golden State Warriors to the best regular season ever, Steph Curry, Klay Thompson and Draymond Green's combined salaries are still a little less than $200,000 shy of what Messi will make this upcoming season.

It just goes to show how valuable Messi is to FC Barcelona, both on and off the field. And he's taking that value all the way to the bank – and then some.