LeBron's Lifetime Contract Is Easily Worth Over $1 Billion… And That's A Steal For Nike!

By Brian Warner on December 9, 2015 in Articles › Sports News

As you've probably heard by now, yesterday LeBron James signed a lifetime contract with Nike. Precise details about the contract have not been made public yet, but we do know that the deal is enormous. Here's what we know as of this writing:

Under the terms of LeBron's previous deal, he earned $20 million per year from Nike. Based on point #3 above, it's probably not unreasonable to assume that his new deal will pay $35+ million for life. And if you assume that LeBron lives at least another 45 years (he is 30 and the average lifetime expectancy for a male in America is 75 years), that's $1.575 billion. But let's just assume for a minute that Nike didn't want to be stuck paying a 70 year old former athlete $35 million in the year 2055. Let's be super conservative and assume the deal is for $1 billion over the rest of LeBron's natural life. That's still an enormous amount of money to pay one athlete. An athlete who is arguably in the twilight of his professional career. But guess what…

Even if LeBron makes $1 billion over the next several decades, it's actually an AMAZING deal for Nike. Why? Because in that same time frame, Nike will earn $1 trillion as a company. So $1 billion is literally a drop in the bucket. 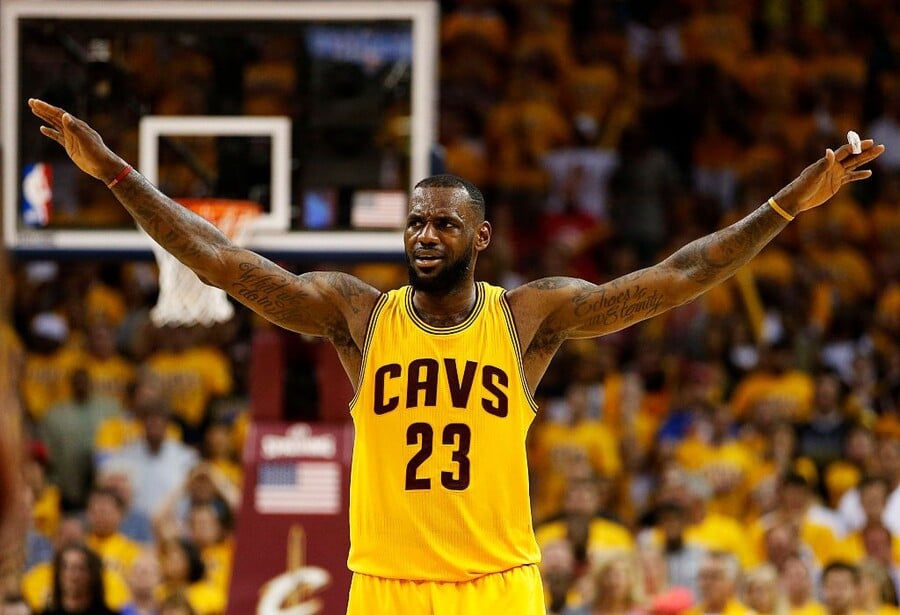 In 2002, when Lebron signed his first Nike contract, it was a seven year, $90 million deal. That averages out to $12 million per year. LeBron was 18 years old and hadn't played in a single professional game yet. Nike, meanwhile generated around $10 billion in annual revenue in the year before the deal was signed. Nike stock jumped 30% the day after LeBron's deal was announced.

LeBron signed a new deal in 2009 that upped his annual pay to $20 million. By 2015, Nike's revenues had grown from $10 billion per year to a little more than $30 billion. At its shareholder meeting earlier this year, Nike announced its intentions to generate $50 billion in revenue by 2020.

Let's say Nike reaches that goal, and then, for whatever reason, stays at $50 billion per year for the next few decades. The reality is they will continue growing, but let's just pretend Nike hits a ceiling or something. If Nike earns $50 billion a year from 2020 to 2060, the year LeBron turns 75, that will equate to $2 trillion in total revenue generated. Nike will probably end up generating closer to $3 or $4 trillion during that time frame. So, as we said earlier, $1 billion is nothing. Especially for someone who has probably been the most influential American athlete in the world for the last 10 years (and likely the next 10 years).

So this is a great deal for Nike and obviously a great deal for LeBron. There's just one final burning question: If LeBron James's net worth is $300 million today, how long will it take him to become a billionaire?