LeBron James will be a free agent this summer, which means people are already talking about where he'll wind up. He could re-sign with the Cleveland Cavaliers. He may move out west and join the Los Angeles Lakers. Or he might form another super team, this time with the Houston Rockets.

Or maybe he'll do something completely unexpected. After all, nobody saw him signing with the Miami Heat in 2010 or returning to Cleveland in 2014.

LeBron knows the media hangs onto his every word. He'll throw a few tasty morsels out there every so often to stir the pot and get people talking.

"I want to kind of try to break the mold just for the next generation. Just take the narrative out of, 'You're past your prime when you hit 31,' or 'You're past your prime in your 12th year in the league,' or whatever the case may be," James told Joe Vardon in an interview with Cleveland.com. "Hopefully I can break the mold so when the next guy comes, he can still get $200 or $300 million and be 33 years old. I'm serious."

So… just what does LeBron mean by "break the mold?" 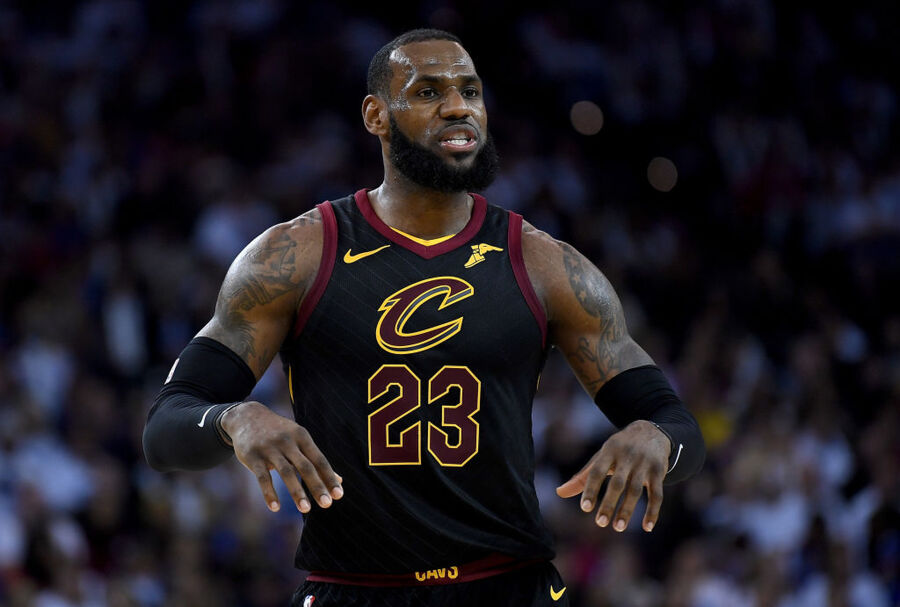 For Cavs fans, they're hoping LeBron means he'll stop signing the short-term deals that he's done the past few years and re-sign for the long haul. LeBron isn't planning to take a discount to sign somewhere, and he'll make the most money by staying in Cleveland. Based on current salary cap projections, he could make $207 million over five years with the Cavs.

LeBron was set to sign the first $200+ million contract two summers ago but was foiled by a peculiar league rule that players (including LeBron) have since altered to be more beneficial to athletes. Even 15 years into his career, he's still playing at an MVP-caliber level. Most 33-year-old players aren't the best in the league, so LeBron's already breaking the mold in that regard.

However, LeBron could simply be talking about changing the narrative on how older players sign their contracts. Most players around LeBron's age will sign one last long-term contract as their careers come to a close. He may be suggesting that they don't have to do that simply for the security – one- and two-year deals can still be fruitful.

Whatever the case may be, LeBron's free agency will be the biggest story this summer. Just about every other move will hinge on what he decides to do. And like his other career decisions, it will reverberate throughout the league for years to come.