LeBron James was once one of the most hated men in basketball. For some, it was because he was lucky enough to be gifted and makes a ton of money doing what he loves, but many began to hate him when he made "The Decision" to leave Cleveland.

Returning to his home town has repaired a lot of that damage, at least in Ohio, and what he is doing for kids in his hometown should repair any remaining damage. Through the I Promise Program and the LeBron James Family Foundation, he has pledged to pay for every kid that finishes the program to go to college at the University of Akron.

"I think it's probably one of the best things I've ever been a part of," James said. "This is very special to me. As a kid growing up in the inner city and as an African American kid, you don't really think past high school because it's not possible or your family can't support you. For us to be able to do something like this… it means so much." 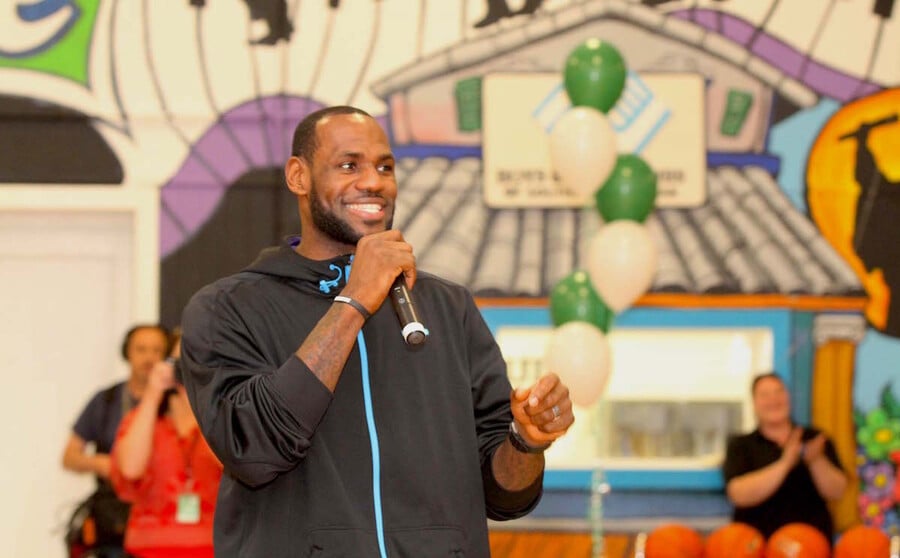 James has been involved with the I Promise Program for the last five years. The children in it range from 3rd to 7th grade. The 7th graders will be the first group to get their tuition covered after they graduate high school in 2021. According to reports, that means LeBron James, his foundation, and the University of Akron could be helping 1,100 kids go to college.

So – how much money are we talking about? Four years at the University of Akron currently costs $38,000. That comes out to $41.8 million.

While this is a ton of money, it will be money he can easily afford.

Exactly what it will take for a kid to qualify for the program has yet to be determined. It is known, however, that they will have to graduate from a high school in the Akron school system, meet some standardized test scores, maintain a certain grade point average, and fulfill a community service requirement.

This is an unprecedented gift from James back to the community, and it will likely make every parent in Akron that is not a fan of his a fan for life. However, he may lose a lot of ground with the kids. From now until they graduate their parents are going to hound them like never before to stay on top of their homework.