The 2016 NBA Finals had a storybook ending for LeBron James and the Cleveland Cavaliers. After going down 3-1 in the series against Stephen Curry and the Golden State Warriors, the Cavs rallied back to win three consecutive games to win the NBA Finals, with King James receiving a well deserved Finals MVP trophy. Though LeBron James opted out of his deal to become a free agent back in June, everyone expected the King to return to his kingdom in Ohio. And he did exactly that on Thursday afternoon.

LeBron James has inked a brand new, three-year deal with the Cavaliers that will pay him a cool $100 million over the course of the deal. The contract will make James the highest paid player in the NBA for the first time in his career, which is quite surprising when taking into account that the 31-year-old has been widely considered to be the best player in the league for some time now. LeBron will be making $31 million next year, and will reportedly be making north of $33 million in 2017-18, which will be the highest annual salary for any player in NBA history. The player who previously had the highest annual salary in NBA history was none other than the GOAT himself, Michael Jordan, who earned $33 million in the 1997-98 season with the Chicago Bulls. 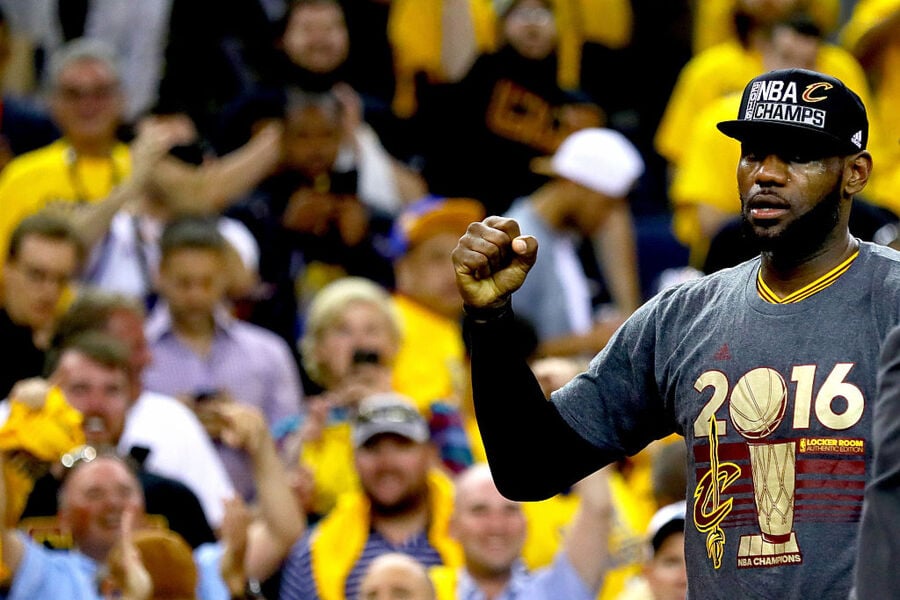 James reportedly has a player option for the third year of the deal, which means he can choose to opt out of the contract and become an unrestricted free agent at the conclusion of the 2017-18 season. The fact that the Akron native decided to sign a three-year deal with the team this time around, as opposed to the one-year deals that he has accepted over the past two years with the Cavaliers, was a bit of a surprise to some. Some thought that James would want to sign yet another one-year deal to maximize his financial gain as the salary cap increases every year, all while putting pressure on Cavs management on a yearly basis to put the best team around the four-time MVP. But James obviously wanted to make it clear that he isn't going anywhere.

"I just want to let y'all know I'm re-signing back with the Cleveland Cavaliers, my hometown team," James said on Uninterrupted, Bleacher Report's video platform. "I can't be more excited than this opportunity once again, man, to defend our crown, defend our title. We all know last year as a magical, inspiring — all the words you can come up with — it was an unbelievable season.

J.R. Smith, who is currently a free-agent, was a key member of the Cavs championship squad last year, and has yet to sign with a team. But when LeBron James says that he wants a player back, it's pretty likely that the Cavs will do everything in their power to bring him back. Congrats to LeBron for his major deal.