LeBron James' Nike Deal May Be Worth More Than One BILLION Dollars!

Nobody has ever suggested that LeBron James will be going broke anytime soon. But it turns out, the lifetime deal he signed with Nike last December may actually be worth more than was first thought.

In fact, it could earn him more than (cue Dr. Evil, putting his pinky to his lips)… ONE BILLION DOLLARS.

In an article in GQ, close friend and business partner, Maverick Carter, spoke about the deal, which he helped put together. Well, "spoke about" is being kind. He certainly added fuel to the fire, if nothing else.

When asked how much the deal was worth, Carter at first said he couldn't say. Then GQ replied, "Kanye said a billion. So a billion." And Carter didn't deny it. He just smiled and pointed one finger skyward. 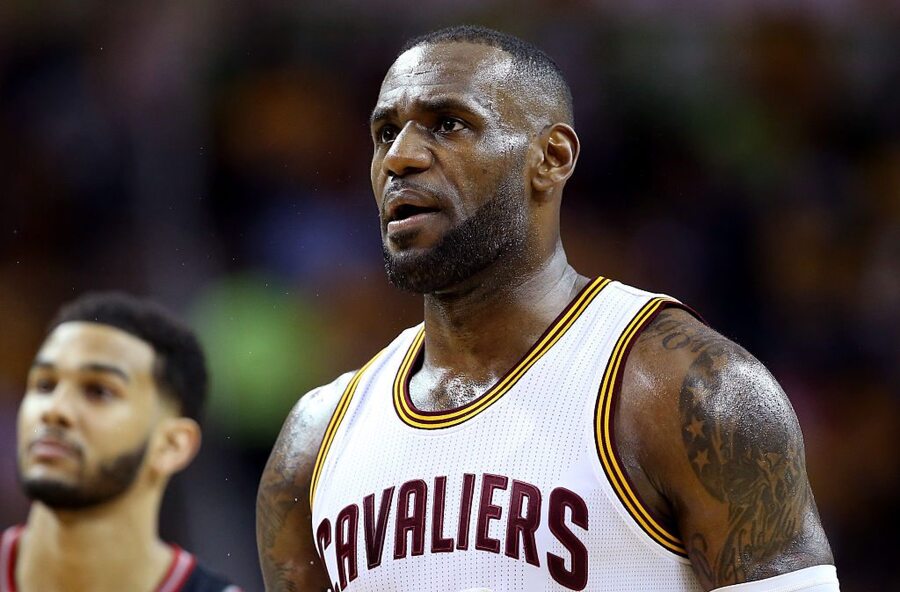 Carter went on: "Yeah. It's a fantastic deal. Nike feels great about the deal. That's the most important thing. As great as I feel, as great as LeBron feels – Nike feels fantastic about it. It's the largest deal in the history of the company. Their hope is he makes even more. And our hope is that, too, obviously."

What's great about the deal for both Nike and LeBron is that the sky really is the limit. The deal is loaded with incentives, so if LeBron, who's already sold more than $300 million worth of shoes in the U.S. alone, reaches certain milestones and makes Nike more money, he'll get a bigger profit himself.

Carter is proud that he had a hand in LeBron getting the first lifetime deal in Nike history. "You never get what you deserve," he said. "You only get what you negotiate."

LeBron has been with Nike since before he even entered the league. The shoe giant gave him a seven-year, $90 million deal prior to his rookie season.

This isn't LeBron's first time negotiating for more money, either. Since returning to Cleveland, he's essentially signed a series of one-year deals so he can maximize his earnings each year as the salary cap increases. This deal is just the latest in a series of shrewd business moves by LeBron, Carter, and company.