LeBron James and the Los Angeles Lakers won the 2020 NBA championship, culminating a most unusual year that finished inside the Disney World bubble. The team and player still have work to do, though, and just agreed to a contract extension.

Per Shams Charania, James signed a maximum deal of two years, $85 million. The extension will keep him in Los Angeles through the 2022-23 season.

When announcing the news, Charania also dropped another interesting tidbit.

LeBron James' contract runs through 2023 — when his son, Bronny, graduates high school and could have option to enter the NBA Draft if the league and NBPA change the high school-to-pro rule. https://t.co/6bcMLgYTVV

By 2023, James's son, LeBron Jr. (who goes by Bronny), will have graduated high school. He could potentially be playing in the league at the same time as his dad.

Right now, the NBA requires incoming rookies to be at least one year removed from graduating high school. That requirement can be satisfied via a variety of ways, such as a year in college, playing overseas, or playing in the NBA's G League.

However, the NBA and its players association have considered reverting the rule back to allowing high schoolers to immediately join the league. If that happens, Bronny would be a top pick in the 2023 draft. 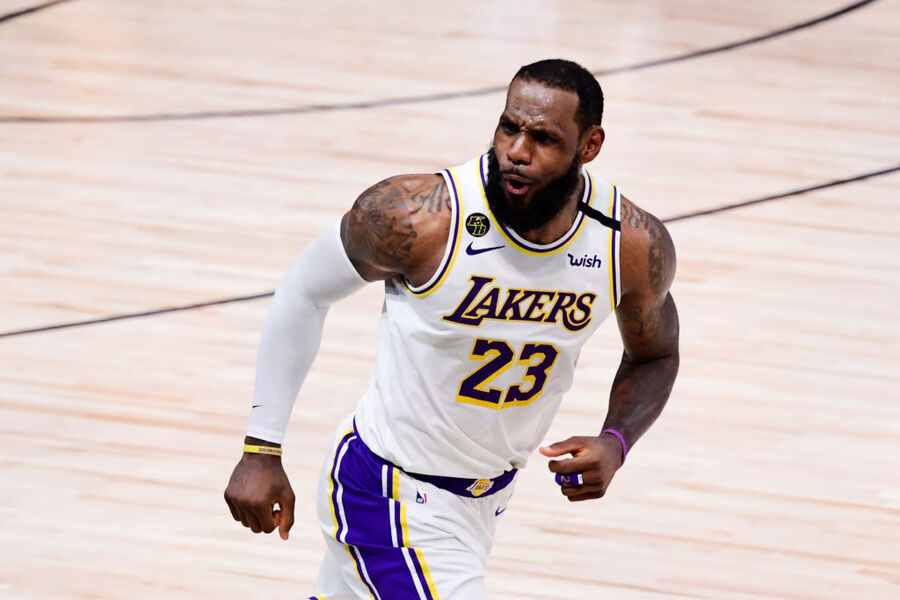 James joined the Lakers in July 2018. He missed the playoffs last season, the first time in eight seasons he hadn't reached the NBA Finals. But the disappointment turned out to be beneficial for James.

With extra time to rest, James came back looking fresh and focused. Alongside Anthony Davis, he led the Lakers to the top seed in the Western Conference. The Lakers reached the NBA Finals and defeated the Miami Heat in six games. James won his fourth title and fourth Finals MVP award.

James will turn 36 at the end of the month but doesn't appear to be considering retirement anytime soon. And why should he? He averaged 25.3 points per game this year as he led the league in assists.

If he can win another Finals MVP, he'll join Michael Jordan as the only player to ever win five Finals MVP awards. And by then, he just may be able to play alongside his son. That would be the ultimate way to cap what's already been an impressive career.