Back in 2010, LeBron James alienated fans everywhere by choosing to take his talents to South Beach and play for the Miami Heat. Then, in 2014, when his free agency returned, he captivated summer audiences by returning home to try and bring a championship to Cleveland. The 2015 offseason? Well, it's been a little less intriguing for LeBron, but he still pulled off a contract that no other player has dared to sign: two years for $46.9 million, with a player option on the second year.

That's the maximum amount LeBron could have signed for, and it's a nearly identical setup as the 2014 contract he signed when he came back to Cleveland. Unless he wants to be the ultimate villain in all of sports history, LeBron is never going to leave the Cavaliers. Because of that, the length of his contract doesn't matter, and he's betting on himself to earn as much money as possible. 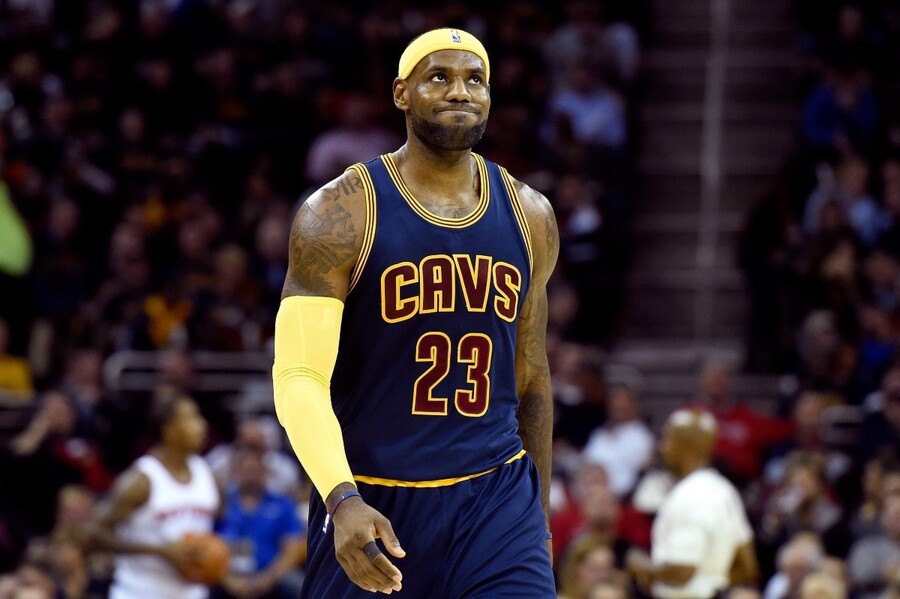 Last year, LeBron made about $20.6 million in salary. This season, he'll make closer to $23.5 million, as the salary cap has already increased about $7 million from last year. The 2016 offseason is when things will get really interesting, as that's when the cap should jump by tens of millions of dollars. Currently, it's projected to end up at $89 million, which would be more than a 27% increase from this year's $70 million cap.

A player who has been in the league as long as LeBron can earn up to 35% of his team's salary. Of course, we'll probably see this same situation play out next year: LeBron will opt out of this contract, the Cavaliers will re-sign him to another one that pays him a max salary, so if the cap rises to $89 million, he'll earn a whopping $31.1 million next year. It could be even more, depending on how high the salary cap goes. Max players don't earn a set dollar amount, so theoretically, there is no real limit on what LeBron can earn. $31-$32 million next year is a safe bet, though.

This kind of short-term contract with a player option seemed like it might be the new craze. But LeBron is the only player to sign such a contract for such an absurd amount of money. And he's really the only player in the NBA who can. His skills haven't shown any sort of depreciation, so you'd think he could still play at a high level for another year. He doesn't get injured; he's missed only 57 games in 12 years, and a good handful of those were simply to rest up for the playoffs. Perhaps most importantly, he plays for an owner who is willing to shell out as much money as needed to keep his star happy. Because a happy LeBron is the best chance to win a championship. He can essentially sign these one-year contracts for the rest of his career, and no one will get in his way.

While other players have signed contracts with player options, they're all longer four or five-year contracts. LeBron is the only one betting on himself year after year. He's in the perfect situation to do it, too, and why not grab as much money as you can while it's still there? After all, he has a ways to go before reaching a billion.