Lakers fans rejoice, you have at least TWO more seasons of LeBron James (and maybe even a third) to look forward to. But! Before you celebrate too hard, LeBron's services did not come cheap.

On Wednesday afternoon Rich Paul confirmed that LeBron has signed a two-year $97.1 million contract extension with the Lakers. The deal includes a player option for a third season AND a 15% "kicker," which means if the Lakers decided to trade LeBron in the second year (they can't trade him in the first), they would have to pay hm 15% of whatever remained on the contract.

On a per-season average basis, this new deal works out to $48.5 million per year, but LeBron will actually earn slightly different amounts in each of the two upcoming seasons: 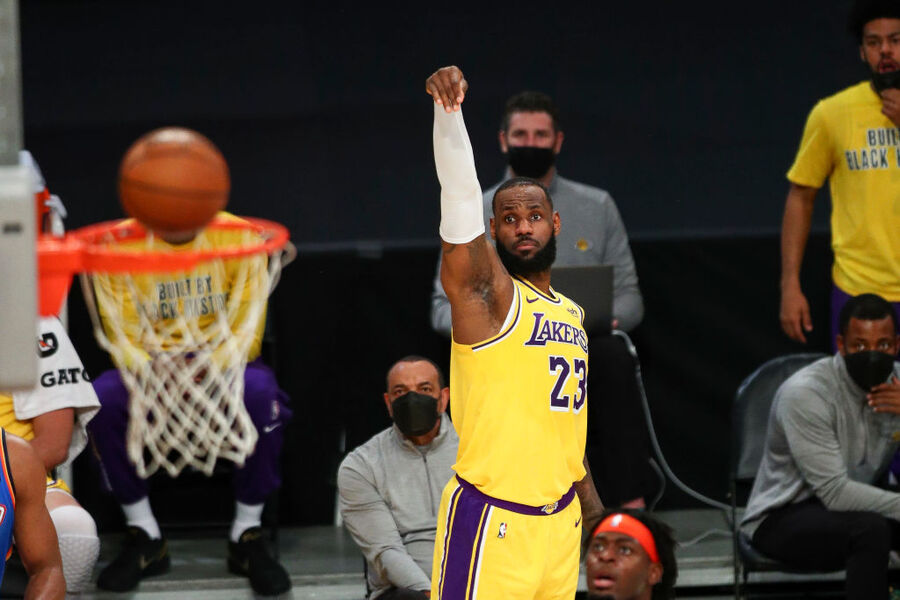 Steph Curry (who earned slightly more than LeBron last season) is going to be the highest-paid player in the league for the next three seasons. He is scheduled to earn the following amounts:

Those numbers will indeed make Steph the highest-paid NBA player ever in terms of per-season salary for a couple years… but there's a caveat!

What happens in 2026? That's when, barring any injuries, Damian Lillard is scheduled to earn $63,228,828 – in a single season – from the Portland Trail blazers.

On the plus side for LeBron (as if earning $97.1 million wasn't plus side enough), this new extension will solidify at least one earnings record for him. LeBron currently holds the record for highest NBA career earnings. As of the end of the 2022 season his NBA salary earnings total $390 million.

And by then I bet LeBron will actually be a real-life billionaire. As opposed to a made-up-to-sell-magazines-and-get-pageviews billionaire.