By Brian Warner on December 7, 2015 in Articles › Sports News

LeBron James was probably sick of Steph Curry getting all of the NBA headlines recently, as the Warriors remain undefeated after 22 games. So the King decided to drop a little bombshell that should should get him back in the spotlight for at least a day or two.

Earlier today it was revealed that Nike has signed LeBron to a lifetime endorsement deal. Lebron's previous deal was set to expire in 2019. Now, Mr. James will be a Nike man until the day he dies.

Before you get too excited, the exact details of the deal have not been made public yet. What we do know is that this is the largest single-athlete deal that Nike has ever signed in its 40+ years as a company. Interestingly, it's also the very first time Nike has signed a lifetime deal with any athlete. Nike essentially has a lifetime deal with Michael Jordan, mainly because of the way their brands are meshed together. In 2015 alone, MJ will earn $100 million in royalties from Nike.

FYI, the only other major athletes who have received lifetime deals from an apparel company are David Beckham, Derrick Rose and Allen Iverson. Beckham and Rose are signed with Adidas. Iverson receives $800,000 per year for life from Reebok plus he receives half of a $32 million trust fund when he turns 55 in the year 2030. His ex-wife gets the other half.

Let's use the $35 million number to be conservative. The average American male has a life expectancy of 75 years. LeBron James is 30. I doubt the deal is structured this simplistically, but basic math would say this deal could theoretically be worth $1.5 billion over the next few decades (45 X 35 = $1.575 billion). 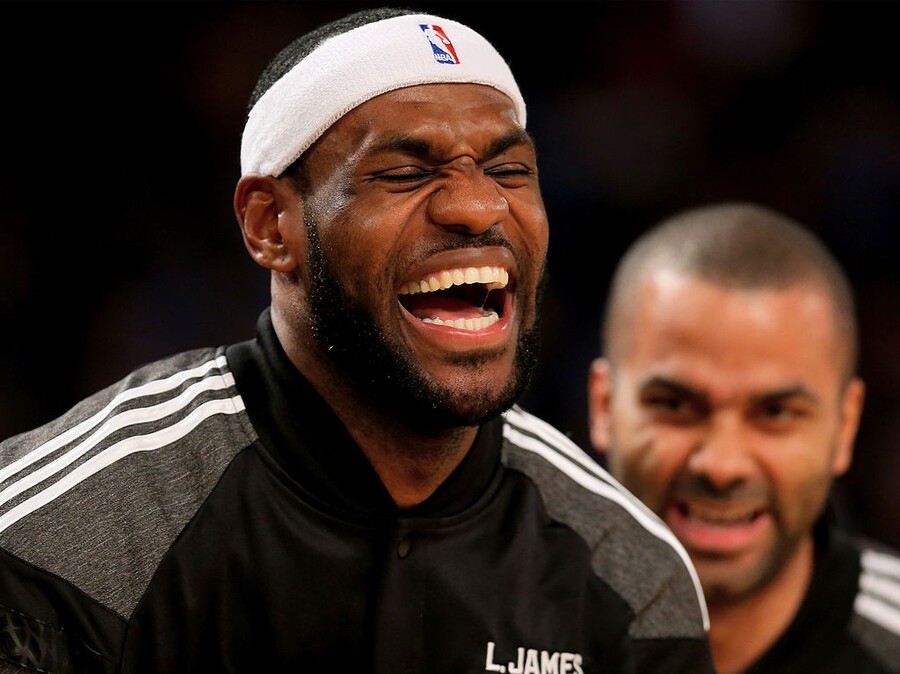 In a statement released by Nike, a spokesman explained:

"We can confirm that we have agreed to a lifetime relationship with LeBron that provides significant value to our business, brand and shareholders. We have already built a strong LeBron business over the past 12 years, and we see the potential for this to continue to grow throughout his playing career and beyond."

"I'm very humble, man. It's been an unbelievable time for myself and my family, and I'm just grateful that Nike and Phil Knight and everyone over there just believed in a skinny-old, skinny 18-year-old kid from Akron, Ohio, and I'm happy to be a part of such a great company. It meant a lot to me even when I signed my first deal just to be with Nike, and it means even more that they've given me this. It's like I said, very humbling and grateful, and I'm going to continue to do my job and represent the brand the best way I can, like I know how. Hopefully, people see that."

"LeBron and I have been in love and obsessed with Nike since we were kids. Having built a totally innovative global business with them has truly been a dream come true. We are so excited to be taking the business to an entirely new level. For LeBron, he's thrilled to know he's a Nike guy for life."

Congrats to LeBron and Nike! We hope you both live happily ever after for many years to come.