LeBron James Just May Be The Best Businessman In Sports

Twenty years ago, Michael Jordan played in the greatest game the world, and maybe even the universe, has ever seen. No, not Game 6 against the Jazz in the 1998 Finals, where he hit the game-winning shot to give the Bulls their sixth title. Not the 63 points he put up at the Boston Garden during the '86 playoffs, either.

No, the best game ever was when Jordan led the Tune Squad to victory over the vaunted Monstars, culminating in a thrilling halfcourt dunk, courtesy of a guest appearance from Bill Murray and some wacky antics from the Looney Tunes.

And now, long after Jordan has hung up his sneakers, the Tune Squad will turn to the NBA once again, this time nabbing LeBron James.

Yes, Space Jam 2 is in the early stages of production, and will be headed by Fast and Furious 6 and Star Trek Beyond director Justin Lin. Screenwriters Andrew Dodge and Alfredo Botello will also be contributing to the script.

The original film made $230.4 million worldwide (and keep in mind, this was 20 years ago), so it's easy to see why LeBron would be interested in making a Space Jam of his own. Of course, this is hardly the first off-the-court deal he's made, but it would be another step in becoming the greatest businessman professional sports has ever seen. 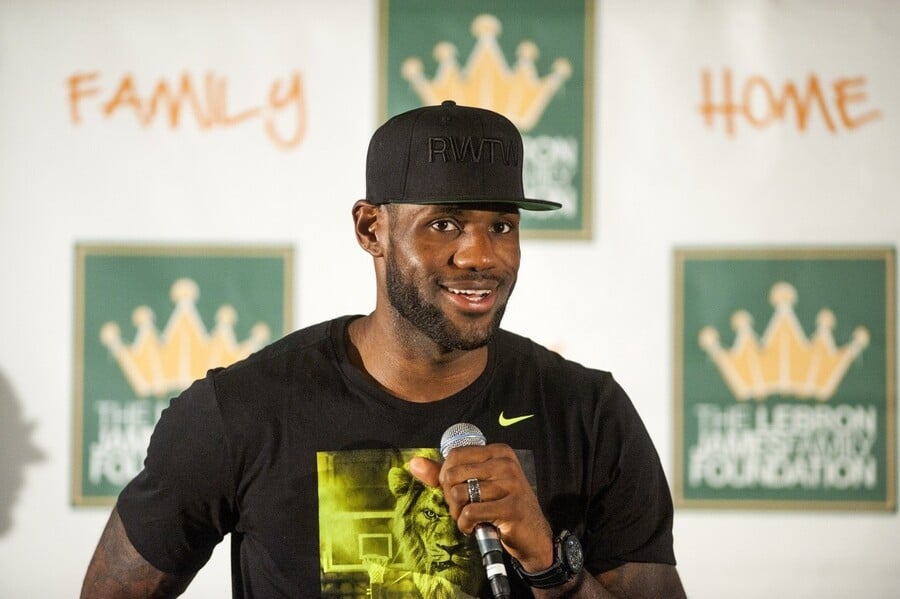 Consider this: since 2015 alone, LeBron appeared in the movie Trainwreck and received rave reviews for his performance; he purchased ownership stake in the fast food pizza franchise Blaze; he signed a lifetime shoe contract with Nike; and he inked a deal with Warner Bros. to create projects in TV, film, and original digital content. His platform, Uninterrupted, has become one of the go-to places for athletes to share branded content.

That last one is the most intriguing for a Space Jam sequel. Warner Bros. put out the original movie, and recently renewed the trademarks for its film, setting the wheels in motion for part two of the NBA-meets-Looney-Tunes saga.

He's been busy over the past year, for sure, but LeBron has been venturing into business for more than a decade. When he was just 20 years old and in his second year in the league, he founded LRMR, a management company which he still owns today.

His endorsement deals have been shrewd, as well, with impeccable timing. In 2003, LeBron invested in bike company Cannondale after researching the company. Cannondale was valued at $58 million when he initially invested; by the time he sold his stake in 2008, the valuation was worth four times that much. It wasn't disclosed how much LeBron made, but four times any amount of money is not a bad move.

He also partnered with Jimmy Iovine on the Beats by Dre headphones. After seeing how powerful a celebrity rocking a pair could be for sales when his teammates all had Beats headphones at the 2008 Olympic Games, LeBron made sure that trend stuck. Nowadays, it's nearly impossible to see a pregame shot of a player walking into the locker room or stretching before a game without listening to some tunes on his Beats. Much like with Cannondale, LeBron's return on investment was staggering–the Carlyle Group, a private equity firm, dropped $500 million for a piece of the company.

While LeBron is on the downward slope of his career, he's still playing at a high level, and his marketability is still quite strong–his signature shoe sells more than any other active player in the league. Pair that with his penchant for numbers and having a hands-on approach to what he does, and you've got a man who can make just about anything happen. Let's hope that includes keeping the galaxy safe from those Monstars.