LeBron James Has A Dream Of Owning An NBA Team… Is That Possible?

LeBron James is sticking around Cleveland for a while, having locked up an historic three-year, $100 million contract extension earlier this summer. But he made his post basketball-playing days career known, during an appearance on the "Open Run" podcast: he wants to own an NBA team.

"My dream is to actually own a team. I don't need to [be] fully hands-on," he said on the podcast. "I feel like I got a good eye for not only talent, because we all see a lot of talent, but the things that make the talent. The chemistry, what type of guy he is, his work ethic, his passion, the basketball I.Q. side of things. Because talent only goes so far."

We've looked at LeBron's quest for billionaire status before, and it's certainly within the realm of possibility. Considering the contract extension he signed this summer, he'll have made more than $270 million in his career on the basketball court alone. He also makes at least $50 million annually from his endorsement deals, and signed a lifetime deal with Nike last year that could end up being worth more than a billion dollars.

That Nike deal will end up being a huge part of LeBron's ability to own an NBA team. The most recent purchase – Steve Ballmer buying the Los Angeles Clippers in 2014 – was for $2 billion. LeBron would probably have to spend a similar amount in order to claim a franchise as his own. With all of his business ventures, particularly in the past couple of years, he should only be increasing his net worth as time goes on. 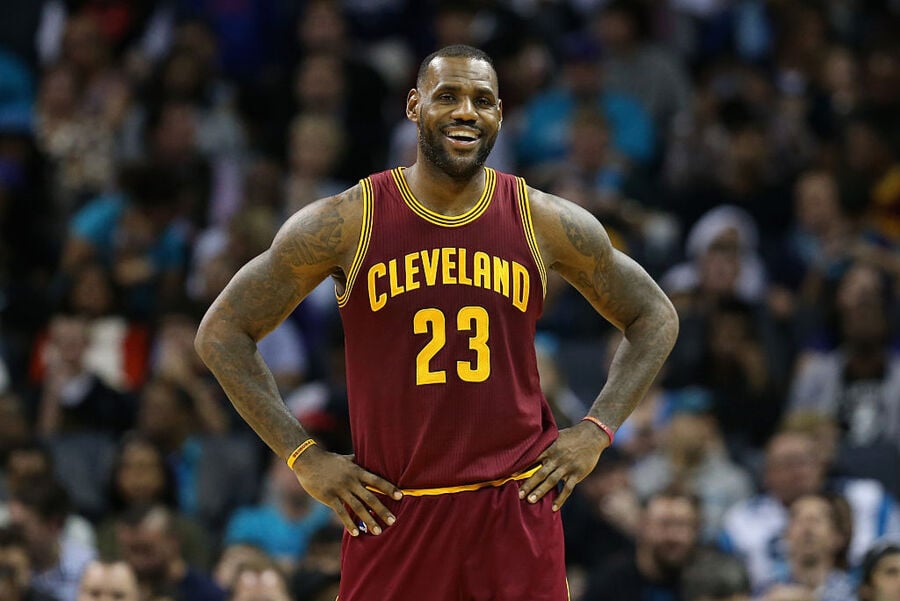 Of course, as he's done throughout his entire NBA career, LeBron is dealing with comparisons to Michael Jordan. LeBron has referred to Jordan as "this ghost I'm chasing," and Jordan is the only former NBA player that serves as principal owner of the team.

On the podcast, LeBron also said he was watching Eddie Murphy's Raw stand-up comedy special in the middle of the night after Cleveland's Game 4 loss when he sent a group text to the rest of the Cavaliers, preparing them for their unprecedented 3-1 Finals series comeback. Who knew Murphy's jokes were so inspiring?

James also touched on the idea of super teams, like the one he formed in Miami with Dwyane Wade and Chris Bosh, or the recent pairing of Kevin Durant with the Golden State Warriors, who just completed the best regular season in NBA history. He likened it to a Fortune 500 company going out and signing the No. 1 CFO, not the 50th guy in the chain. It may be viewed differently by fans, but LeBron, for one, loves the competition.

We'll see how much more LeBron can get done on the court, but don't expect him to go away quietly after he hangs his sneakers up. We could even witness a LeBron-owned team defeating the Cavaliers en route to a title. Wonder how Cavs owner Dan Gilbert – who wrote a nasty open letter after LeBron left Cleveland in 2010 – would feel about THAT.