The Michigan Wolverines have provided one of the most inspiring stories of March. The team's plane skidded off the runway before taking off on their way to the Big Ten tournament, and the Wolverines had to play their games in practice uniforms while their luggage remained back home as part of an investigation into the crash. Michigan promptly responded by winning four games in four days to take home the Big Ten title.

The hot streak has continued into the NCAA Tournament with the No. 7 seed Wolverines winning a fast-paced game against Oklahoma State before slowing things down in an upset of No. 2 Louisville. This team has bonded together at the right time and has made an impressive run so far.

At least one man is hoping the run continues for two more weeks. Derek Stevens, owner of a Las Vegas casino, put down $12,500 on Michigan to win the title back on March 14 – three days before their first game in the NCAA Tournament. If they can pull through, Stevens stands to win $1 million.

The Wolverines' odds to win it all currently sit at 18-1, which is about middle of the pack as far as remaining teams go. They play the No. 3 seed Oregon Ducks next, who eked out a 75-72 victory against a physical, persistent Rhode Island team in the Round of 32.

If the Wolverines beat the Ducks, who are without their top defensive player Chris Boucher, they'd take on either the Kansas Jayhawks or the Purdue Boilermakers. Michigan is probably rooting for the Boilermakers in that one – the Wolverines are 2-0 against Purdue this year, including an overtime win during the Big Ten tournament.

One thing's for sure: the Wolverines have the "team of destiny," storybook ending on their side. We'll see if they can rattle off another four wins. And no one will be cheering harder than Stevens. 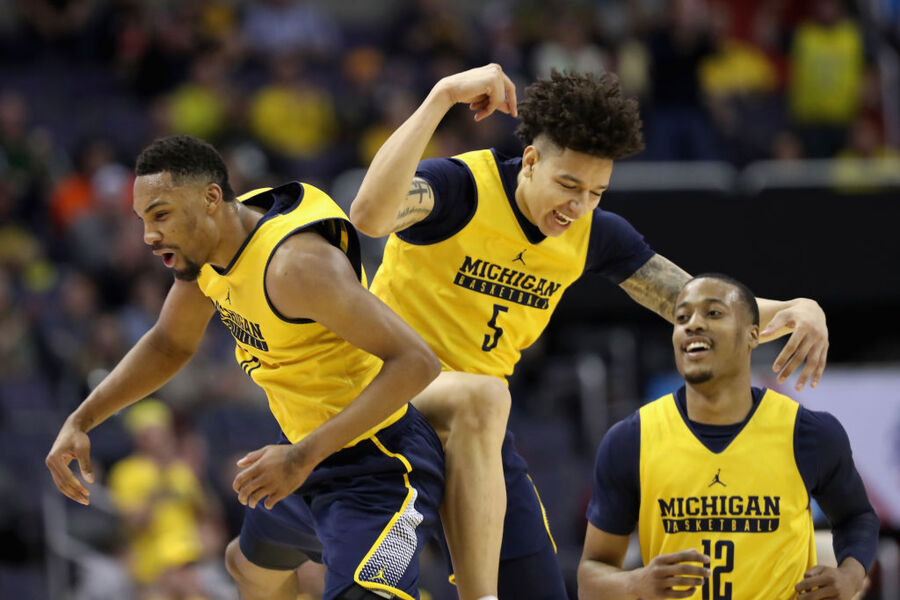