At age 75, Larry Brown has accomplished quite a bit, at both the collegiate and professional levels. He's the only coach to win both a National Championship (with Kansas in 1988) and an NBA Championship (with the Detroit Pistons in 2004). He's also the only coach to take eight different teams to the playoffs, and is the only person to coach two different NBA franchises in the same season, manning the helm for both the San Antonio Spurs and Los Angeles Clippers during the 1991-92 campaign.

On top of all that, he has the distinction of making more money in one year coaching the Knicks than any coach has ever received for one season's worth of work.

During the 2005-06 season, when the Knicks were at peak laughingstock level, Brown led the team to an abysmal 23-59 record. He was fired soon after the NBA Finals ended. Brown publicly feuded with a number of players, including star point guard Stephon Marbury.

For his efforts, he made $28.5 million, even though he was only with the team for 331 days. $10 million of that was in salary, with the remaining $18.5 million coming from a settlement with the Knicks after he was fired. He had signed a five-year contract, and sought $53 million in arbitration.

The same day the Knicks announced the settlement (October 30, 2006), the team also bought out the contract of Jalen Rose on the same day for $15 million, and had to pay an equal amount in luxury tax penalties. Quite an expensive pre-Halloween celebration. 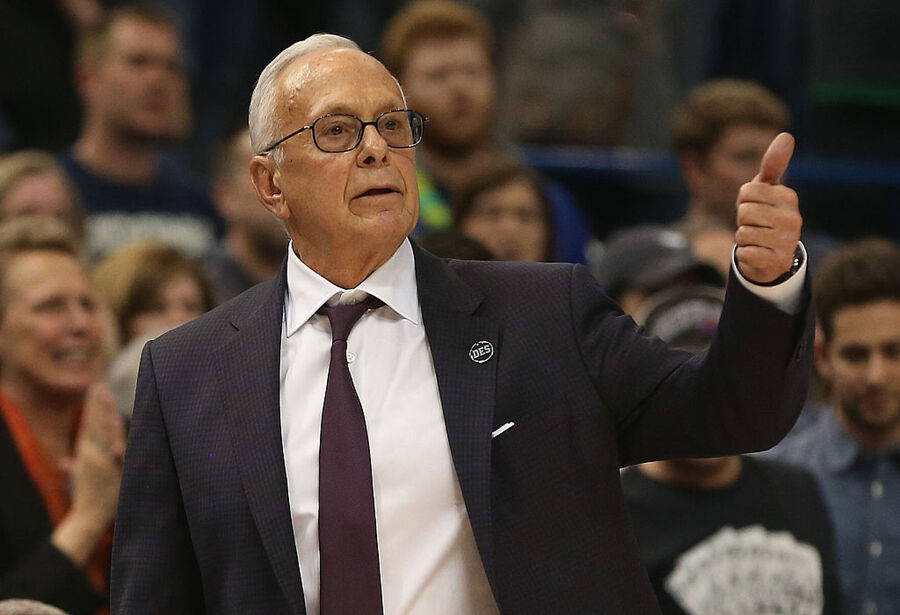 Brown's absurd contract with the Knicks equates to $1.24 million per victory during his lone season in New York. That's not a great return on investment, no matter how you slice it, though Brown's prior stop saw much better success.

Before the Knicks, Brown was head coach of the Detroit Pistons. He won his only championship in the NBA with the Pistons in 2004, defeating the heavily-favored Lakers in five games. He also led Detroit to the Finals for a second straight year in 2005, though his Pistons squad lost in seven games to the Spurs.

Combine those two seasons in Detroit with his year in New York, and Brown earned $45.5 million. That works out to $187,243 PER GAME, which is just a staggering number.

And over his entire coaching career, when adjusted for inflation, Brown has made $156 million. His last coaching stop in the NBA was with the Charlotte Bobcats, who he took to the playoffs for the first time in franchise history (though the team later reverted back to its old nickname of the Hornets, reacquiring all the previous seasons and statistics in the process).

Brown, who most recently served as the coach of the SMU Mustangs, has a career 1,275-965 record as head coach of both American Basketball Association (ABA) and NBA teams. He won a championship with the ABA's Oakland Oaks during the 1968-69 season, and took home a gold medal during the 1964 Olympics in Tokyo.

While Brown has been criticized for jumping ship early and often, he's brought success to nearly all of the teams he's coached. Even the Clippers and Indiana Pacers, who both faced years of losing seasons, had bright spots with Brown leading the way: the Clippers only made the playoffs three of their first 27 seasons, with two of those coming under Brown; and the Pacers had just three winning seasons in their first 18 years in the league before Brown led them to their two best records and their first division title as an NBA team.

Larry Brown may never return to the NBA, but his legacy is a strong one. That includes making more in one season of coaching than we'll probably ever see again.