Lack Of Faith Forces Leicester Fan To Miss Out On Turning 73 Cents Into $3,600

After narrowly escaping relegation last season, Leicester City began the 2015-16 campaign with few believing they had any chance at winning the Premier League title. Sportsbooks set the odds on them doing so at 5,000 to 1.

With odds like that, if they did win, a small bet could make a good amount of money. If they didn't – eh, you don't lose much. Leicester could have won it with a victory over Manchester City Sunday, but the game ended in a draw. No problem – so they win it next weekend by beating Everton, or they could win it Monday with a little help from Chelsea.

All they needed Chelsea to do was not let Tottenham win. If they won or played to a draw, Leicester would be the new champs. 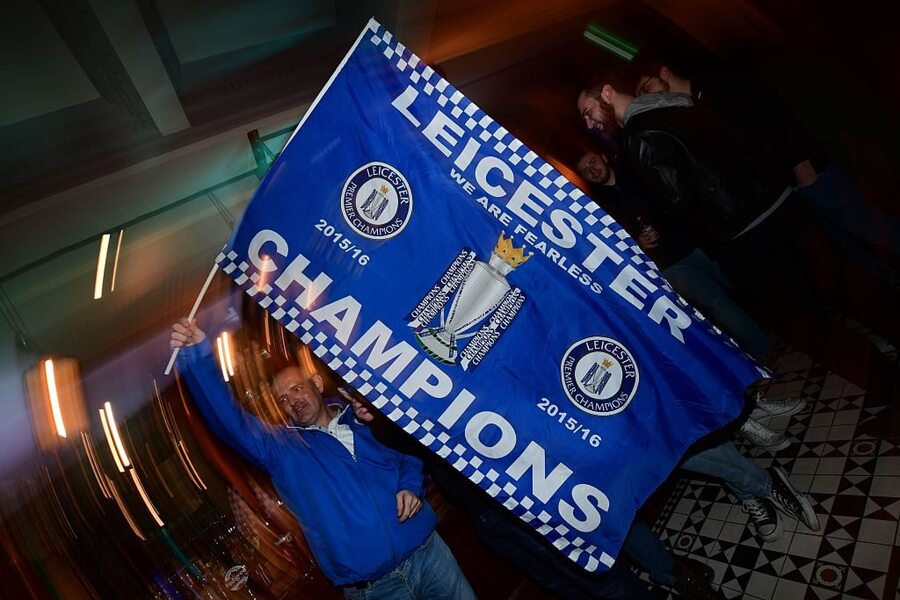 In the days to come, as the brave few who bet on Leicester City to win it all cash in their tickets, news of their haul is likely to hit the internet. While there will be many triumphant stories, there will also be a few tales of woe – like the person who could have turned 73 cents into $3,638 if he/she had little faith in the team. The person put a small amount of money on Leicester City to win, a whopping 73 cents. Usually, it would seem ridiculous to bother placing such a small bet, but at 5,000 to 1 odds the return would have been about $3,638.

All was well as the season began with a win, but for some odd reason, the gambler got cold feet. Rather than let the 73 cents ride, he/she decided to cash out the ticket after the first game. Rather than make $3,638 they received a return of 65 cents.

Wherever this person is, hopefully, someone is taking pity on him/her and buying a couple of pints to help drown their sorrows. "We tried to console him," Ladbrokes' Williams said. "He hung up on us twice." Ladbrokes did give the person a pair of tickets to a Leicester game next season.

There will certainly be some people with money burning a hole in their pockets thanks to Leicester. William Hill took 25 wagers at 5,000 to 1, then ended up losing $3.2 million. Ladbrokes made 47. They managed to save a few bucks by reaching settlements with 25 of the 47 wagers before Monday's game. The largest bet was for $72. That person accepted a $106,000 payout (they would have won $360,000).

Even with getting close to half of the tickets to settle, Ladbrokes still ended up losing $6.6 million. England's three largest sportsbooks lost a total of $11.4 million – but did they learn anything? Bookmakers at Ladbrokes say they have.

They will never give another team 5,000 to 1 odds to win the title ever again.