We've previously covered the Kyrie Irving saga with the Brooklyn Nets. The point guard joined Kevin Durant in Brooklyn before the 2019-20 season, but the dream of multiple championships and a dynasty hasn't quite come to fruition. This version of the Nets hit a low this year when Irving missed all but 29 games of the regular season after refusing to get vaccinated, and the Nets were swept in the first round of the playoffs by the eventual Eastern Conference champion Boston Celtics.

As soon as the playoffs ended, rumors started swirling around where Irving might end up. He even made a list of places where he'd like to go, including the Los Angeles Lakers, Los Angeles Clippers, New York Knicks, Miami Heat, Dallas Mavericks, and Philadelphia 76ers. Per ESPN's Adrian Wojnarowski, only the Lakers appeared to be interested in pursuing Irving.

Turns out Irving won't have to worry about where he ends up after all. He's staying in Brooklyn, opting into the final year of his contract. He'll make $36.5 million this upcoming season. 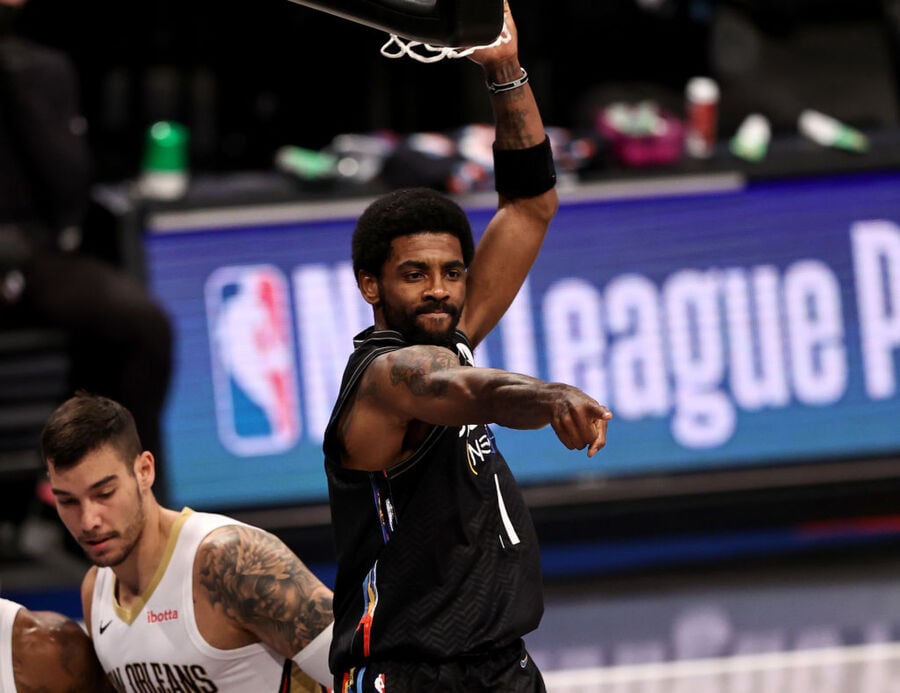 The Nets could still potentially trade Irving later in the year as an expiring contract, but he's no longer eligible for a sign-and-trade deal right now. That means if he were traded, he wouldn't have much say in where he ends up. For now, it seems the Nets are going to try and run it back with a team built around Durant, Irving, and Ben Simmons, who the team acquired last season in a trade with the Philadelphia 76ers.

Simmons didn't play a single game at all last year, and Irving missed more than two-thirds of the regular season because he wasn't vaccinated against Covid-19. New York City had a vaccination mandate for employees, so Irving couldn't play when the Nets were at home or visiting the Knicks, and he missed a handful of other games due to injury. It wasn't until the end of March when New York City mayor Eric Adams allowed vaccination exemptions for athletes and performers.

Though he wasn't available for much of the year, Irving dazzled when he was on the court. He averaged 27.4 points, 5.8 assists, and 4.4 rebounds, including a stretch of four straight games with at least 40 points, highlighted by a 60-point performance against the Orlando Magic on March 15.

If his vaccination status is less of an obstacle this season, Irving, Durant, and potentially Simmons could be a formidable squad. Add in the fact that Irving would have had to give up more than $30 million to join another team using the midlevel exception, and it was a no-brainer. Now, he's looking to add another championship ring to his collection.