Kyrie Irving Claims Not Getting Vaccinated Cost Him $100 Million

Kyrie Irving has had a tumultuous 12 months. The Brooklyn Nets guard opted not to get vaccinated despite a New York City mandate that unvaccinated people, among other things, couldn't attend sporting events. That rule applied to players, too, and Irving was unable to play in home games until the mandate was lifted toward the end of March. The Nets also opted to bench Irving for road games through the first half of the season. Ultimately, he only played in 29 games and the Nets were swept in the first round of the playoffs.

Despite persistent rumors that Irving might seek a sign-and-trade with another team, he opted into his player option, so he'll make $36 million this year. Irving went this route after seeing the market didn't have a high demand for him. And he believes it cost him a major payday.

"I gave up four years, $100-something million deciding to be unvaccinated," Irving said during Brooklyn's media day. "That was the decision. It was contract [and] get vaccinated or be unvaccinated and there's a level of uncertainty of your future." 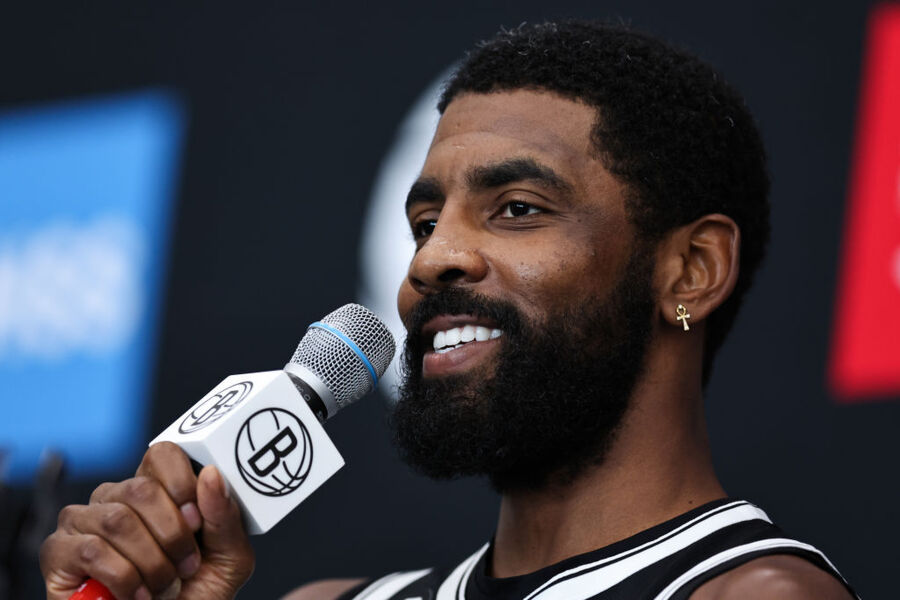 Irving added that he felt being unvaccinated became "a stigma within my career" and called himself a "voice for the voiceless." He believes the uncertainty around his eligibility is why a deal didn't get done before last offseason and felt the Nets gave him an ultimatum by offering a choice of playing and signing a new contract or staying unvaccinated. But Nets general manager Sean Marks disagrees with that stance.

"It's not giving somebody an ultimatum to get a vaccine," Marks said. "That's a completely personal choice. I stand by Kyrie. I think if he wants, he's made that choice. That's his prerogative completely."

Irving has already made $150 million in his career, so he's certainly done well for himself. Yet his decision did likely cost him millions of dollars. The Nets offered Kevin Durant a four-year, $194 million contract extension in 2021. Irving probably wouldn't have gotten that much money, but he's still a star player and could have commanded a large contract. However, his unvaccinated status brought uncertainty, and it seems like most teams didn't want to deal with that. Irving has also had bumpy exits with both Cleveland and Boston, so maybe other organizations didn't want to risk disrupting team chemistry.

After what seemed like a never-ending media circus, both Irving and Durant will be back on the court this season. They'll be joined by Ben Simmons, who came over in a trade for James Harden last year but didn't play in a single game. The Eastern Conference is deeper than it's been in a long time, so the Nets have a rough road ahead of them. Yet if Irving and Durant can power the team through to a championship, all the chaos of the past year will be a distant memory.

And who knows? Winning a championship could earn Irving that big contract next summer anyway.