Kyler Murray Is Now One Of The NFL's Highest-Paid Quarterbacks

After this year's Pro Bowl, Arizona Cardinals quarterback Kyler Murray made a move on Instagram that got people talking. No, it wasn't capitalizing on a Little Miss meme or doing a massive giveaway during an Instagram Live. Instead, Murray removed every post from his page except for two: one from the Pro Bowl and one from 2018, when he was a quarterback at Oklahoma.

Of course, by deleting every bit of evidence that he ever put on a Cardinals jersey, Murray set the Internet ablaze with rumors that he wanted out of Arizona. The Cardinals remained steadfast they wouldn't trade Murray, even as the rumors swirled.

In case you needed any further proof that Instagram doesn't tell the full story about someone's life, Murray isn't going anywhere. He signed a five-year extension with the Cardinals worth $230.5 million, per ESPN's Adam Schefter. The contract goes through the 2028 season and features a $105 million signing bonus. Murray will make $160 million guaranteed for injury. 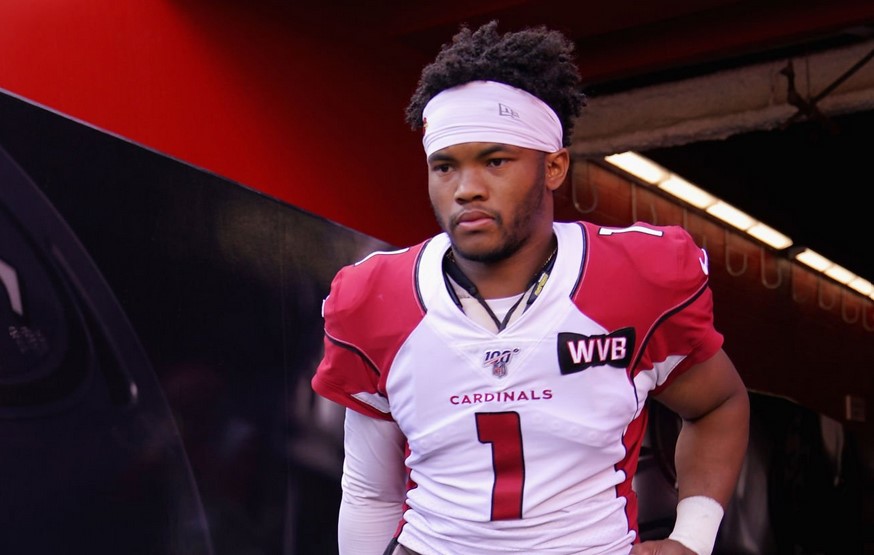 The deal is the second-highest in the NFL in terms of average annual value (AAV) at $46.1 million. Only Green Bay Packers quarterback Aaron Rodgers has a higher AAV, earning $50.3 million.

Murray's extension also puts him second in terms of guaranteed money. Only DeShaun Watson — who may be suspended for all of next season — will make more money, thanks to his fully guaranteed $230 million contract with the Cleveland Browns.

The 24-year-old Watson helped lead the Cardinals to the playoffs last season, though they lost to the eventual Super Bowl champion Los Angeles Rams. Arizona exercised their fifth-year option on his rookie deal in April, so this new extension won't kick in until 2024.

The Cardinals have improved every year since selecting Murray with the top pick in the 2019 Draft. They won 5 games his rookie season, eight his sophomore year, and 11 this season, including a 7-0 start. They were the last unbeaten team in the NFL, though an ankle injury caused Murray to miss three games. The team faltered and struggled even upon his return.

This season, he's healthy and likely freshly motivated to prove he's worth a big extension. Could we see the Cardinals back in the Super Bowl for the first time since 2009?