Kyler Murray Is Giving Up Nearly $4.5 Million To Play Football – And It's The Right Decision

When the Oakland Athletics drafted Kyler Murray with the No. 9 pick in 2018, they knew they were taking a gamble. Murray was going to play another year of football with the Oklahoma Sooners. If he had a great year, he just might be swayed toward football. Well, as you may remember, Murray won the Heisman Trophy and led the Sooners to the college football playoff. And after thinking about his future, Murray has chosen football over baseball.

In the short run, it hurts. Murray has to return $1.29 million of his $1.5 million signing bonus. He's also losing out on the additional $3.16 million he was going to make on March 1.

But thinking long term, this is, at least financially, the right decision for Murray. Because the best way to make a ton of money in sports is to be a starting NFL quarterback. 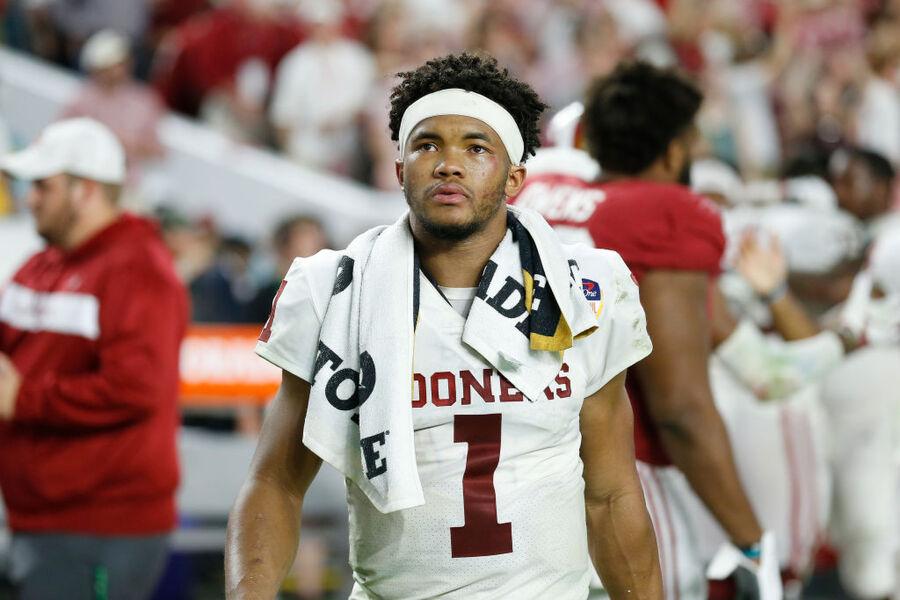 If he's taken in the first round, Murray's rookie contract could range anywhere from about $8.5 million to more than $33 million over four years. Last season, Murray's former teammate Baker Mayfield went No. 1 and the Cleveland Browns gave him a contract worth $32.7 million. Lamar Jackson, the final pick of the first round, received an $8.1 million deal from the Baltimore Ravens.

Those numbers would be slightly inflated this year, thanks to the rising salary cap.

Of course, there's the possibility that Murray doesn't go in the first round. The last quarterback under 5'10" to throw a pass in the NFL was Doug Flutie in 2005. Teams may still be scared off by Murray's height, and that could affect his salary. But if he plays well enough to earn a second contract, he'd still end up making a lot more in the NFL than he would in baseball.

Some may argue that the potential earnings are higher in baseball because contracts are guaranteed. And while there are no guarantees, Murray has enough talent to sustain a long football career. With that longevity comes big paydays.

On top of the money, Murray seems to have more passion for football than baseball. And work is a lot more rewarding when you love what you do.