By Travis Pulver on December 1, 2015 in Articles › Sports News

Back when he was drafted by the Charlotte Hornets with the No. 13 pick of the 1996 draft, Kobe Bryant could not have known where his life was going to go over the next couple of decades. He was supremely confident in himself and his talent, but to actually reach the heights of fame and fortune that he dominates today must have been completely unimaginable for a 17-year old kid. At the end of this season, Kobe will finally retire at the tender age of 37. He will retire with a resume most players can only dream of: 5x NBA champion, 2x NBA Finals MVP. 17x All-Star, 2008 league MVP, and so much more. He'll also retire with one of the most impressive athlete bank accounts of all time…

At that point he had three NBA titles under his belt and was certainly do for another pay raise so he opted out of his contract before the 2004-05 season. The Lakers made him a $100 million dollar man by signing him to a seven-year deal worth $136.4 million.

Over the course of the last six seasons he had the highest salary in the NBA, and became the only player next to Michael Jordan to make over $30 million for a single season (2013-14). When the curtain falls for him at the end of the 2015-16 season his career earnings will total $323,312,307. The only player in the NBA who earned more on the court is Kevin Garnett who has been paid $332 million during his career.

But here's the best part: NBA salaries are only half the equation! 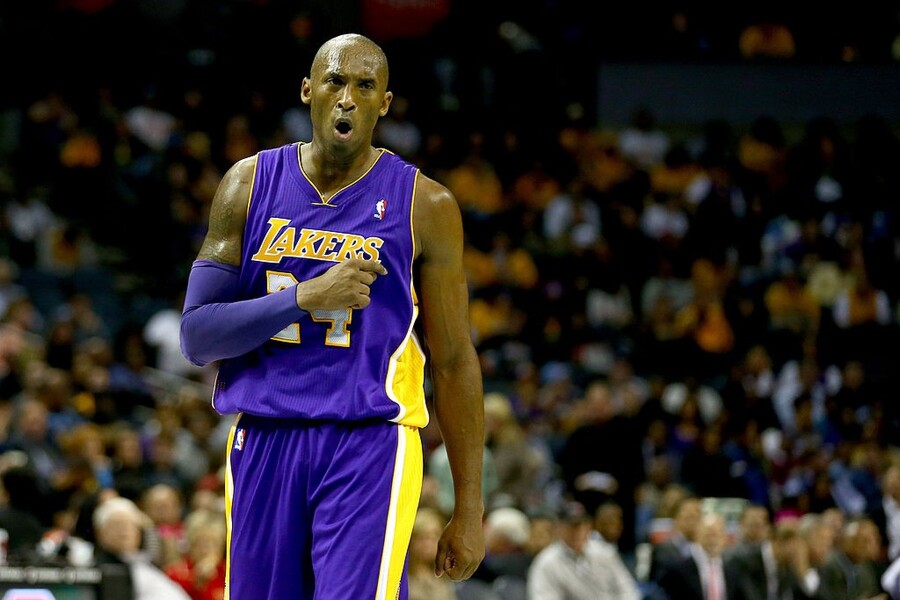 One of the good things about being the greatest player of your generation is that companies line up to pay you enormous amounts of money to endorse their products. Many companies certainly paid big to have Kobe on their team. He was signed with Adidas for the first few years of his career until he signed a $10 million/year deal with Nike in 2003. Last year his shoes accounted for $105 million in sales for the company.

Interestingly, his endorsement money did not take a major hit in 2003 and 2004 in the aftermath of his sexual assault case. He did lose some endorsers, most notably McDonald's, but overall the main negative impact was that his endorsement income stayed flat for a few years.

Here is a year-by-year breakdown of Kobe's endorsement income:

When you combine $280m and $323m you get $603 million earned from salary and endorsements during his career! Not too shabby! The only professional athletes who have earned more from their actual sports as active athletes are Floyd Mayweather, Michael Schumacher and Tiger Woods. Michael Jordan has obviously earned much more, but most of it has come during his retirement years. For comparison's sake, Floyd Mayweather's career earnings are $695 million.

And Kobe isn't the only one who benefited from his incredible success. When he first joined the Lakers in 1996, the team was worth $200 million. According to the latest numbers, the Lakers are now worth $2.6 billion. Perhaps even more.

Congrats to Kobe Bryant on an impressive career on and off the court. Can't wait to see how you spend the next few decades!

Post script: When Kobe was asked about his endorsement future, he responded: "I don't have patience to do commercials anymore."