Life is good for the Golden State Warriors. The team has won two out of the past three championships and is two series victories away from its third in four years. With four All-Stars in Steph Curry, Kevin Durant, Draymond Green, and Klay Thompson, plus a solid, deep bench, the team has the firepower that no one has been able to consistently match.

Despite all the success, keeping the core roster together looked like it'd be impossible. After all, the All-Stars were going to earn huge contracts, pushing the Warriors far over the luxury tax.

But now, just like Durant took a discount last year so the Warriors could re-sign key bench players Andre Iguodala and Shaun Livingston, Thompson may be sacrificing a larger paycheck for the good of the team. 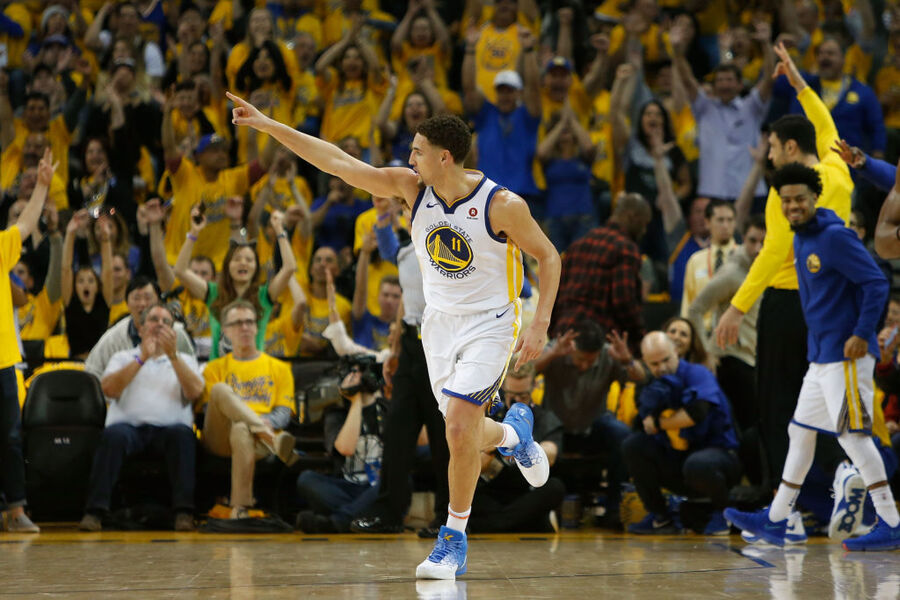 Thompson and the Warriors have already entered contract extension talks. The two sides discussed a four-year, $92 million deal that would be worth $23 million per year. If Thompson signed with another team, he could make a max of $139 million over four years. That's a $47 million discount to stay in the Bay Area.

And if Thompson re-signed with the Warriors for the max after becoming a free agent in 2019? He could earn up to five-year, $188 million. He'd be potentially giving up $96 million!

Thompson has said his free agency won't be about chasing money. He's commented before that he loves playing in Golden State and would welcome the chance to stay there. It doesn't hurt that the weather is lovely just about all year round. Thompson has said the Bay Area is "beautiful" and that "a big part of" his happiness is how nice it is to get outside.

Besides Thompson, the Warriors would still have to sign Durant and Green to new deals. Durant can likely demand as much as he wants – he brought the team to new heights when he arrived in 2016 and has already taken discounts.

Green, on the other hand, would be the last of the Warriors core up for re-signing. When he hits the free agent market, he'll be 30 years old. For someone who's as aggressive as he is, that's a lot of damage his body has already taken.

It'll certainly be tough to re-sign everyone. But if Thompson is okay with taking a discount, the Warriors just may be able to keep their dynasty rolling.