Washington Redskins quarterback Kirk Cousins has officially received the franchise tag for the second consecutive year, making him only the fourteenth player in league history to be tagged twice in a row.

Last season, Cousins raked in $19.95 million under the franchise marker, and his latest one-year deal comes with a 20% salary bump up to $23.9 million. If the 'Skins were to attempt to sign him for a third consecutive franchise tag, it would require a 44% raise which would bump him up to a whopping $34.5 million. Obviously, that kind of thing is unheard of, and the Redskins will definitely look to sign Cousins to a long term deal by July 15th to avoid such a crazy situation.

The other option for the Redskins would be to sign Cousins to a transition tag, which would then allow him to negotiate deals with other squads. The Redskins would have the right to match any of those deals. Next season, the transition tag would come with a requisite 20% raise that would bring Cousins up to $28.8 million. 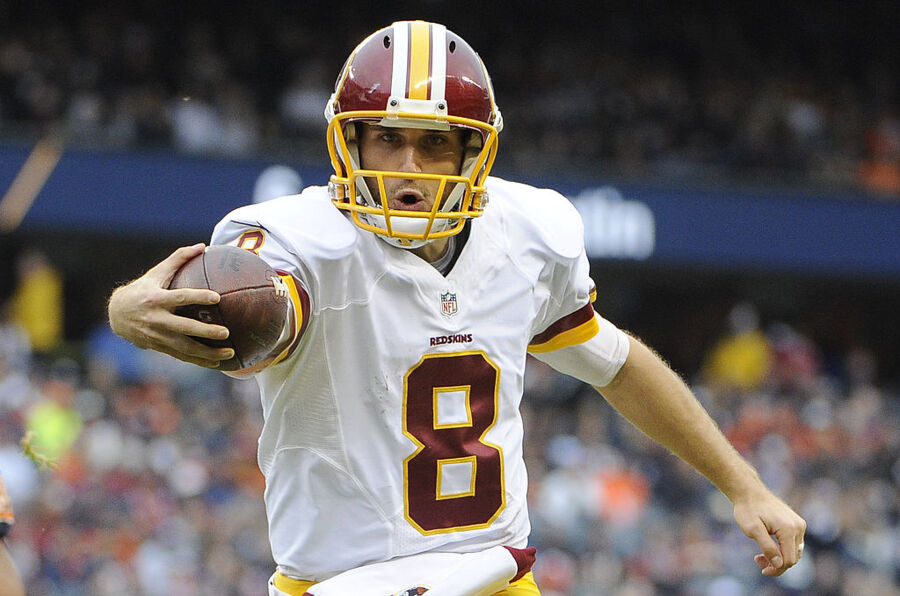 The danger for Cousins in signing these short-term deals is the threat of long-term injury. If he were he to get injured in a way that affects his playing ability, he will have difficulty signing any more lucrative contracts. But, barring that happening, he has definitely set himself up for an impressive long-term contract in the near future, whether in Washington or elsewhere. With an average salary over two seasons well over $20 million, he's poised to become one of the highest-paid players in history.

Cousins has already indicated his intention to stick it out in Washington, saying, "I'd love to build something in Washington. We'll see if the decision-makers let that happen." He has fortified this claim with his willingness to accept a second consecutive franchise tag.

The sixth-year man has proven that he deserves to get paid, improving with every season he plays. This past year, he had a 97.2 QB rating with almost 5,000 yards passing, 25 scores, and only 12 picks. If the Redskins are smart, they'll ink a long-term deal for the guy, and fast!