For the past few seasons, Kirk Cousins has bet on himself. The Washington Redskins would never give him a long-term deal, instead placing the franchise tag on the quarterback in both 2016 and 2017.

It took a while, but Cousins is finally getting paid.

The Minnesota Vikings agreed to a three-year, $84 million with Cousins – with 100 percent of the money guaranteed. It'll make Cousins the highest-paid quarterback in the league.

Cousins' contract shows just how much NFL players make nowadays. Cousins will earn $28 million per year in his new deal. However, 25 years ago, the highest-paid player, Steve Young, made $5.35 million. Even adjusted for inflation, that's $9.2 million. Cousins will make more than three times that in 2018. 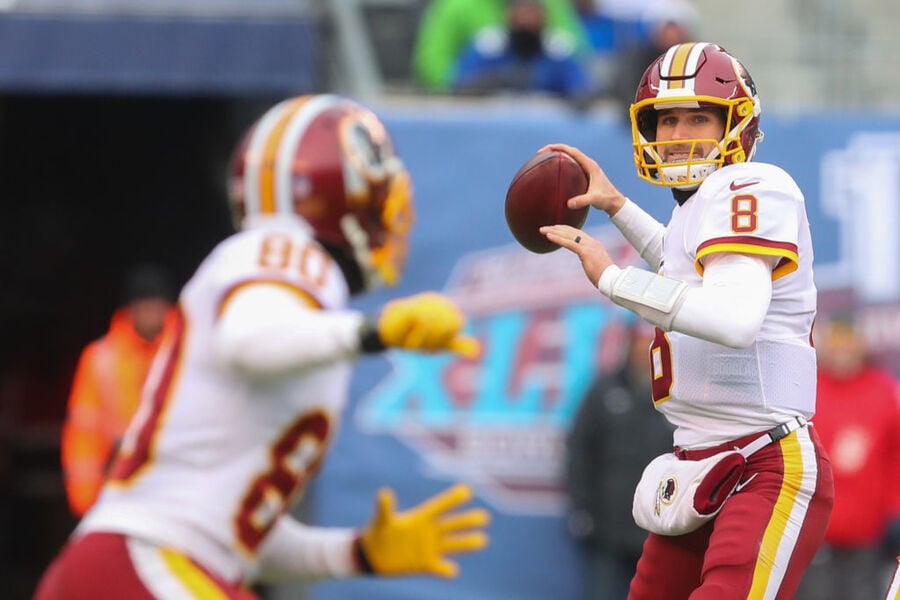 Since becoming Washington's full-time starter three seasons ago, Cousins has been highly productive. He's ranked fourth in passing yards since 2015, amassing more than 4,000 in each of the past three years. In that same timeframe, Cousins is sixth in passer rating, and eighth in touchdown passes since 2015.

A fourth-round pick in 2012, Cousins was used sparingly in his first three seasons in the league. He started just nine games as the backup to Robert Griffin III. But after Griffin's career got derailed by injuries, Cousins gained steam as Washington's starter.

Even after a playoff appearance in 2015 and a Pro Bowl appearance and new franchise record in passing yards (4,917) in 2016, Cousins and the Redskins couldn't agree on a long-term deal.

When Washington traded for Alex Smith back in January, it was clear Cousins was not going to remain on the team much longer.

And now, Cousins joins a team in Minnesota that finished 13-3 last year and reached the NFC Championship game. All three quarterbacks from last year's Vikings squad have become free agents.

He'll have last year's top-ranked defense returning, as well as a handful of offensive weapons between wideouts Adam Thielen and Stefon Diggs and running backs Dalvin Cook and Latavius Murray.

If Cousins can bring a title to Minnesota, he'll be worth every penny.