Well, Smart has just dethroned Saban in another area. After signing a new contract, Smart is now the highest-paid coach in college football.

Smart and Georgia agreed to a 10-year deal worth $112.5 million. That's more money than any college football coach has ever received, and the deal's average annual value (AAV) of $11.25 million would also be the highest among all coaches. Smart will make $10.25 million this upcoming season, with the contract gradually increasing as it goes on, climbing to $12.25 million in 2031. 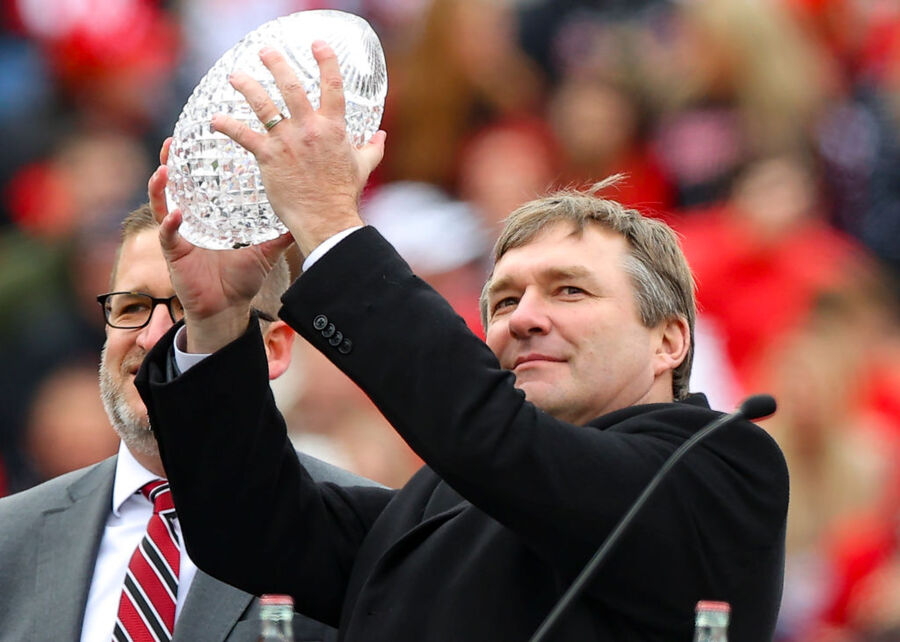 With the new deal, Smart surpasses Saban, who made about $9.75 million last year. However, Saban's deal also includes incentives for accomplishments such as making and winning the SEC Championship Game or the College Football Playoff. He'll likely make well north of $10 million next season.

Smart will also earn more money per year than Lincoln Riley, who's reportedly making more than $10 million to coach the USC Trojans. However, because USC is a private school, it isn't required to divulge coaching salaries.

Georgia's championship was its first in 41 years. The Bulldogs and Crimson Tide met in the SEC Championship Game, a contest that Alabama won. That victory secured the Crimson Tide a spot in the College Football Playoff. The SEC title game loss was Georgia's first of the year, so the school still made it into the playoffs. And after both teams won their first-round games, it set the stage for a rematch.

This time, Smart and the Bulldogs got the victory, winning 33-18. And the championship has secured a massive payday for Smart. He previously signed an extension in 2018. That deal, worth $49 million over seven years, nearly doubled the money from his previous contract. This new deal blows that $49 million out of the water.

Smart's Bulldogs have posted a 66-15 record since his arrival in 2016. Georgia won the SEC championship in 2017 and has played in either the College Football Playoff or a New Year's Six bowl game in five straight seasons. Securing a national championship last year will keep Smart in charge of the Bulldogs for the foreseeable future — and the school's administration can't wait to see what he does for an encore.