After Earning $336 MILLION On The Court, Kevin Garnett Retires As The Highest Earner In NBA History

After 21 seasons in the NBA, Kevin Garnett will retire as the highest earner the league has ever seen. The 40-year-old, future Hall of Famer finally announced that he's calling it quits, retiring as a member of the Minnesota Timberwolves, the team he spent his first 12 years in the league with, as well as his final season.

So, just how much money did Garnett, who was the first player in 20 years to jump directly from high school to the pros, make during his illustrious career? On-the-court earnings alone produced $336 million for Garnett. That's more than anyone else in NBA history, including the recently-retired Kobe Bryant, who made $8 million less over his 20-year career. Add in Tim Duncan, who also retired this off-season, and that trio earned $890 million throughout their careers.

Even with the NBA salary cap skyrocketing, it'll be tough for players to catch up to KG. He's had a terrific run of good luck throughout his career to maximize his earnings. And it all started due to a poor SAT score.

When he was graduating from high school in 1995, Garnett's standardized test scores weren't up to par – in fact, he failed to reach the minimum score needed for a D-1 scholarship. Instead of pursuing college, Garnett jumped directly to the NBA Draft. The Minnesota Timberwolves selected him with the No. 5 overall pick, and signed him to a three-year deal, which was the standard for rookie contracts back then (nowadays incoming players are on a four-year rookie scale).

That extra year proved to be beneficial for Garnett, who quickly established himself as one of the dominant power forwards in the league. By the time he was just 21, Garnett had done enough on the court to earn a six-year, $126 million extension with the Timberwolves. That massive contract was a big reason the NBA changed how contracts could be structured in its new collective bargaining agreement in 1999. 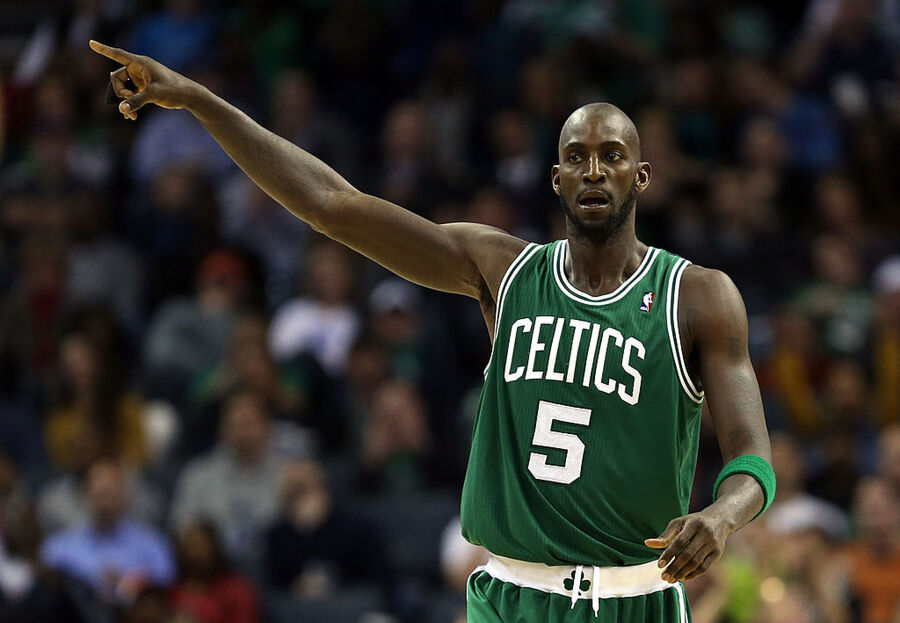 By then, Garnett was already comfortable making a lot of money, and was still able to sign a five-year, $100 million deal with Minnesota when his contract was up. The Big Ticket was traded midway through that contract to the Boston Celtics, who quickly signed him to a three-year, $51 million extension.

It was in Boston, where Garnett had the most success. Teamed with Paul Pierce and Ray Allen, the Celtics won the NBA Championship in 2008, and reached the NBA Finals a second time in 2010, losing to the Los Angeles Lakers in seven games.

In 2013, Garnett got traded once more, along with Pierce, to the Brooklyn Nets. After a season and a half in Brooklyn, Garnett opted to waive his no-trade clause to return to the Timberwolves. He served as a mentor to the younger players for another season and a half. But now, Garnett's decided it's time to hang up his sneakers.

He's won a number of accolades, too: In addition to his NBA Championship, Garnett retires as a 15-time All-Star, a 12-time All-Defensive team member and a 9-time All-NBA team selection. He won the MVP in 2004, and was named Defensive Player of the Year in 2008. He even took home an Olympic gold medal as a member of the 2000 U.S. Olympic Team. And, undoubtedly, Garnett will go down as one of the best trash talkers the NBA has seen, and likely ever will see.

With Garnett's retirement, the NBA is losing more than just its highest career earner. As KG, Bryant and Tim Duncan all leave the game, we're witnessing the end of an era. And it was a spectacular one.