Kevin Durant has had himself a pretty good summer. Sure, his Brooklyn Nets came a literal foot away from reaching the Eastern Conference Finals and potentially winning an NBA championship. But he was the best player on the U.S. Olympic Team that won a gold medal, and he signed a massive extension to stay in Brooklyn.

The deal is worth $198 million over four years. As part of the extension, Durant will turn down his $42.7 million player option for the 2022-23 season. He'll make $40.9 million next year, and then the new contract will begin.

By the time Durant's current contract is up, he'll have earned a little more than $307.4 million for his career.  At the end of his next deal, he'll have collected over $505 million — more than half a billion dollars — in career earnings. 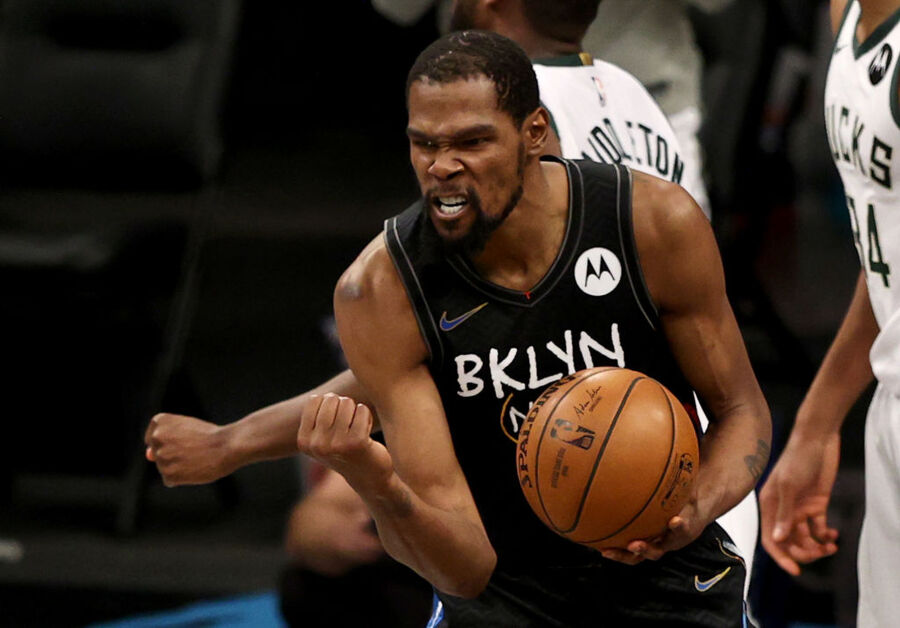 Durant joined the Nets from the Golden State Warriors in 2019. He missed the entire 2019-20 season while recovering from an Achilles tear and only played in 35 games this season with COVID-19 absences and a hamstring injury.

Even in those limited appearances, Durant showed he's still one of the best players in the world. He averaged 26.9 points, 7.1 rebounds, and 5.6 assists during the season and then stepped it up even more in the playoffs.

Durant's postseason averages — 34.3 points, 9.3 rebounds, and 4.4 assists in 12 games — were punctuated by a brilliant performance in Game 5 of the Eastern Conference Semis. He played all 48 minutes in the Nets 114-108 win over the Milwaukee Bucks, finishing with a 49-point, 17-rebound, and 10-assist triple-double.

It was the last game the Nets won this season, but it proved just how dangerous Durant is. Paired with a healthy James Harden and Kyrie Irving and an improved supporting cast, the Nets will be a title favorite next year.

With Durant in tow for the long haul, those championships might just keep on coming.