The Golden State Warriors announced Kevin Durant is out with a Grade 2 MCL sprain and bone bruise. This kind of injury typically takes about four to six weeks to recover from, so for all intents and purposes, Durant is going to miss the rest of the regular season. Even if he's healthy with a week or two to go, the Warriors will likely keep him rested so he's ready for the playoffs.

While other teams in the West may now have a chance to gain some ground on the Warriors before the playoffs, the biggest benefactor of this news might actually be Paul George of the Indiana Pacers. Thanks to Durant's injury, George could very well sign a contract for $212 million this offseason.

Durant has played in 59 games, which means he'll miss about 30 percent of the season. That opens the door for George.

The NBA recently passed a new CBA rule that allows teams to offer a "Designated Player Extension" to star players. The extension, which is offered the year before a player hits free agency, would pay 35 percent of the salary cap to the player during the first year of the new deal. For George, that would equate to about $212 million over six years. 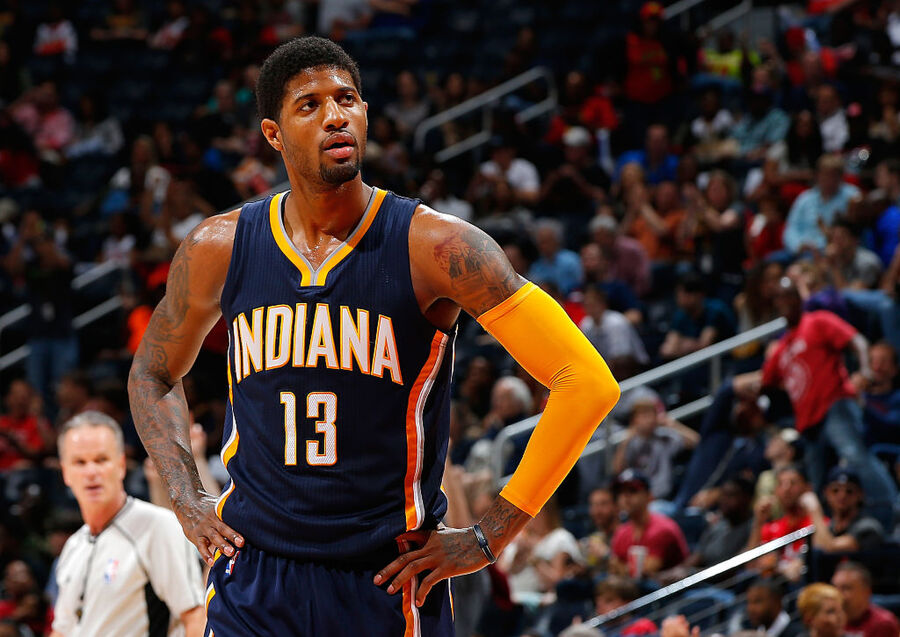 However, this isn't a surefire bet. For a player to be eligible to sign such an extension, he needs to have made an All-NBA team, win the MVP award or be named Defensive Player of the Year. There are six forwards – Durant, LeBron James, Kawhi Leonard, Anthony Davis, Jimmy Butler, and Giannis Antetokounmpo – who have had better seasons than George, with guys like Gordon Hayward, Karl-Anthony Towns and DeMarcus Cousins putting up solid numbers, as well.

George will need to have a monster stretch run to surpass Durant, who still put up averages of 25/8/5 while knocking down 53 percent of his shots from the field and 38 percent from three. He's holding out hope that the All-NBA voters will give him credit for playing a full season, something that Durant won't be able to equal.

Of course, the media who have votes to hand out for NBA awards know what's at stake, too. That might play a part in how they vote – and it just might determine whether George sticks around in Indiana beyond next offseason.