Kevin Durant Has Quietly Been Investing In Companies All Year

After the Oklahoma City Thunder gave up a 3-1 lead to the Golden State Warriors in last year's Western Conference Finals, Kevin Durant shocked the basketball world by joining forces with the very team that beat him.

While it makes sense from a basketball perspective – the Warriors set the regular-season record for wins last year before losing a 3-1 lead of their own in the Finals – there's also the appeal of being nearby a lot of great minds and companies in the Bay Area.

Durant's latest investment? The micro-investing app Acorns, which hopes to introduce investing to people (particularly millennials) in a very simple way. The company takes any credit or debit card purchases and rounds them up to the next dollar, then invests that money. Every dollar invested is automatically diversified across 7,000 stocks and bonds to help avoid risk.

Already, Acorns has seen more than one million people sign up for its service in just two years. In addition to the automatic investing, users can set up recurring or one-time investments and get extra cash by referring friends. The company also partners with other brands to provide "Found Money." 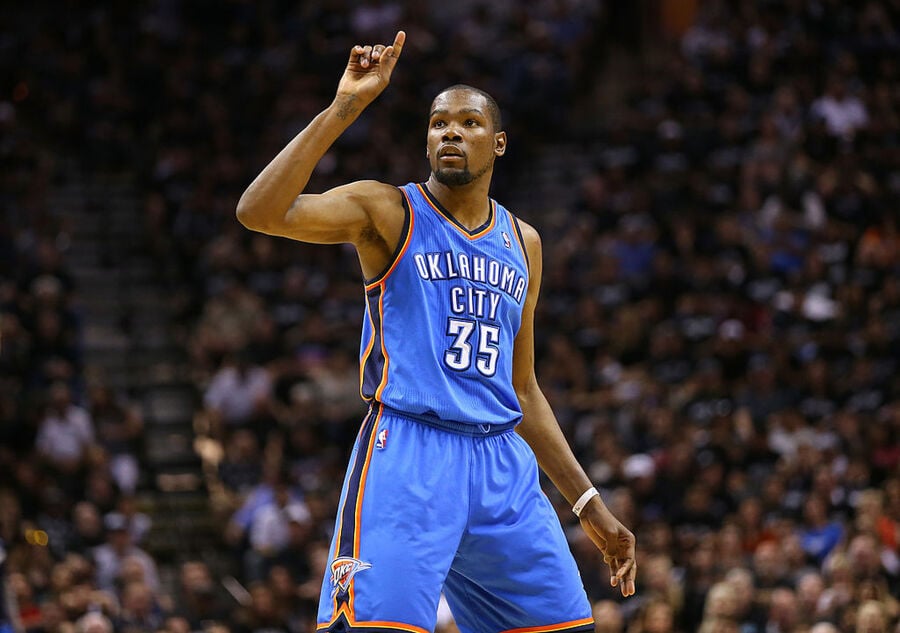 To earn money, Acorns charges $1, as well as a small expense fee. College students with a valid .edu address don't have to pay those expense fees.

It's unknown how much Durant has invested, but now that he's in California, don't be surprised to see him take on other companies like the Newport Beach-based Acorns.

Earlier this year, Durant invested in on-demand delivery company, Postmates. Durant began using the service, which lives in 21 of the 28 NBA cities, to order food while he was still in Oklahoma City. He drove by the company's headquarters when he was in San Francisco for the Super Bowl, and quickly set up a meeting.

After purchasing a stake in the company for less than $1 million, Durant made a surprise visit to fans in New York City, serving as a Postmates delivery man for a day.

It's a small investment for both Durant, who's set to make about a third of that per game this year, and for Postmates, which has raised more than $100 million from other investors. The appeal isn't necessarily in the financial benefits athletes can provide, but rather, their celebrity status. It's essentially free publicity for the business.

Durant has quietly been working with other companies, too. Wonder why he announced his move to Golden State on the Players Tribune? It's because he has a stake with them. He's also got a hand in Tiger Beat, a gossip magazine for teenagers, and has an equity stake in Sparkling Ice, a flavored water company. In addition to his investment, he serves as Sparkling Ice's pitchman.

The seven-time All-Star is hoping his move to the Bay will lead to his first NBA title, but it wouldn't be at all surprising if it led to several more investment deals down the road, too.