Kevin Durant Just Launched A $275 Million SPAC – What Does That Mean And How Rich Could It Make Him?

During his NBA career so far, Kevin Durant has won two NBA Championships, four scoring titles, the rookie of the year award and is an 11-time All-Star. He's earned $270 million in salary alone, another $150 million from endorsements, giving Durant a current net worth of $200 million.

What does all of that mean exactly?

What is a SPAC?

What happens next and how could Kevin Durant eventually make a fortune through Infinite Acquisition Corp.? 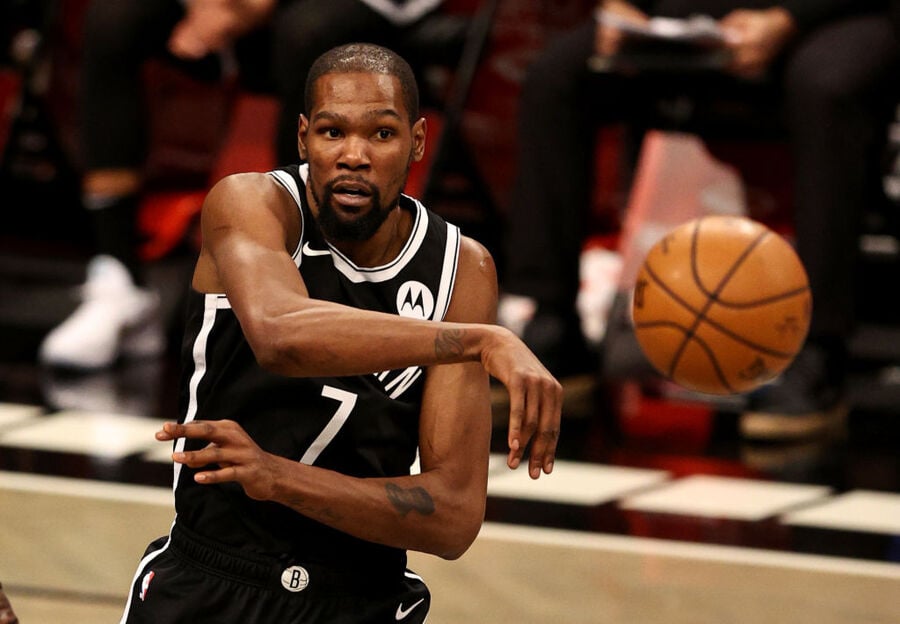 What is a SPAC?

Let's start with the basics. What is a SPAC?

A SPAC is basically a back-door way to hack a company into being publicly traded without having to go down the the traditional IPO path.

SPACs have actually existed for decades but, until recently, the vast vast vast majority of companies looking to go public followed the traditional IPO path.

The traditional path involves starting a company that fills some need and generates revenue. That company is operated for a few years and potentially even is already generating profits by charging more for a service than is spent to create that service. When the company wants to go public it hires an investment bank (or several banks working together) to conduct a year-long dance with hedge funds, pension funds, private wealth offices and individual billionaires, with the goal of convincing these rich people that the company's value will increase 100-fold in the years after going public. The dance goes back and forth. Valuations are debated. If a valuation is agreed-upon by all sides, a chunk of shares are offered publicly. The investment bank, company insiders and rich early investors pray that the public markets buy the shares on IPO day. That's a traditional IPO.

With a SPAC, a notable person (typically an investor with a great business management track record) goes public with nothing but a company name. There's no underlying business or plan to launch a business. There's simply a promise to try to buy someone else's business in the next year or two.

SPACs go public without any of that diligence or back-and-forth. One day they just offer shares of a shell company. SPAC shares almost always have a set share price of $10. The price stays steady intentionally, so if a SPAC is looking to raise $100 million it would sell 10 million shares at $10.

It's that simple. A SPAC announces it wants to raise X amount of money by listing shares of an empty shell company on a public exchange. Investors who believe in the SPAC can buy shares for $10 a share. In Kevin Durant's case, Infinite went public on the New York Stock Exchange on November 19 under the ticker symbol NFNT.UN. Over the five trading days it's been public, the share price has alternated between $10.08 and $10.13.

Kevin and his partners raised $275 million from the offering.

SPACs are required to use the money it raised within a specified period of time to buy a company. Most SPACs give themselves a 24-month window. Kevin Durant's has an 18-month window. In that time frame the SPAC must identify and "merge" with an actual company – one with a business model, revenue, costs, profits, employees etc. By merging with the already-public SPAC, the target company essentially "goes public" by absorption, without any of the "traditional" IPO rigamarole I described moments ago.

Kevin Durant's SPAC has 18 months to identify and merge with a private company. According to Infinite's prospectus, the company intends to acquire a company or companies in the crypto, health, e-commerce and sports industries.

Investors in Kevin's SPAC (or any other SPAC) are betting that Kevin's team will find a great company to merge with and the end result public company will be worth much more than the money that was raised to put it all together.

What happens if Kevin doesn't buy a company within 18 months?

If Infinite Acquisition Corp. doesn't acquire a company within 18 months – and that happens A LOT with SPACs, the holding company simply gives all the money back to its investors. Finding a quality company to acquire is becoming a real challenge. Especially after the last year which saw the announcement of a seemingly endless number of SPACs. Kevin is far from the only celebrity who has announced a SPAC. Shaquille O'Neal, Stephen Curry, Serena Williams, Alex Rodriguez, Ciara, Colin Kaepernick, Jay-Z and Sammy Hagar have all announced SPACs.

What happens if Kevin does buy a company?

Once the SPAC identifies a company it wants to buy/merge/SPAC with, a public announcement is issued. At that point any investor who doesn't want to be part of the SPAC anymore can exchange their shares for cash. A clean break.

For example, let's say Kevin announces that Infinite Acquisition is going to SPAC with some silly NFT company (which is definitely going to happen). As a rational person, if you find that to be an undesirably use of funds, you can say "thanks, but no thanks. I'm out" and get all of your investment back.

How Kevin Durant could make A LOT of money:

Kevin Durant is classified as a "sponsor" of his SPAC.

Sponsors of a SPAC typically receive 20% of the SPAC's equity just for putting the deal together. This is the whole key to understanding why SPACs have become all the rage. Imagine if you were a really popular person in a small town. And imagine if based on your popularity alone you were able to raise $1 million from a thousand of your fellow townspeople. And then you had a year to identify a local business to buy for $1 million. You choose the local car wash. You use the $1 million to buy the car wash. When it's all said and done, you own 20% of the car wash personally without having to put any of your own money down.

In Kevin's deal, he has a co-CEO and together they are funded by a bank called LionTree. That's three sponsors. So let's say each Sponsor (Kevin + his partner + the bank) gets 1/3 of the 20% stake. If Infinite Acquisition Corp successfully SPACs with a business in the next 18 months, they will each own around 6.7% of the merged-public company. To make the math simple, let's say everything goes perfectly and the merged-public company ends up with a post-IPO market cap of $1 billion. If that happened, each sponsor would own a $67 million stake just for putting the deal together!