Kevin Durant Donates $3 Million To The University Of Texas

By Marvin Jules on January 9, 2018 in Articles › Sports News

Before Kevin Durant became the NBA Champion, MVP, and perennial All-NBA and All-Star player he is now, the Maryland native spent one year at the University of Texas. During the 2006-07 season at Texas, Durant averaged 25.8 points, 11.1 rebounds, and 1.3 assists a game, and was recognized as the unanimous National Player of the Year, winning the Naismith College Player of the Year award, the John R. Wooden Award, along with a variety of the other honors and awards; becoming the first freshman to win any National Player of the Year honor in the process. Now, the superstar forward is deciding to give back to the school where he first came into the national spotlight.

Kevin Durant donated $3 million to the University of Texas in order to support the basketball program, and the Center for Sports Leadership and Innovation. According to TexasSports.com, Durant's gift "is the largest outright gift by a former Texas Basketball student-athlete in school history and among the largest gifts ever by any professional athlete to his alma mater."

When speaking about his gift, Durant said, "My time as a Longhorn helped build the foundation for who I am today as a player and a person, and the UT team will always be my family … It's important to me to continue to give back to The University and ensure that future student-athletes have all the opportunities they need to succeed. It's an honor to have such a close and unique relationship with Texas Basketball, and I'm grateful to be able to contribute." 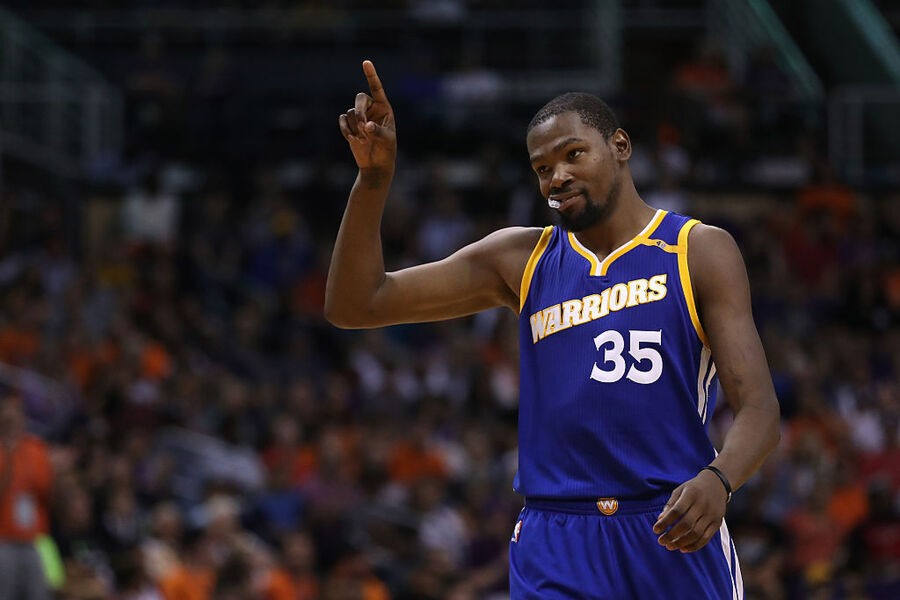 The remaining $500,000 of Durant's contribution will go to the school's Center for Sports Leadership and Innovation (CSLI), which has a mission to "cultivate the character development, leadership skills, and long-term welfare of athletes and coaches."

Gregory L. Fenves, President of the University of Texas, said the following regarding Durant's gift, "Kevin Durant is one of the greatest basketball players in the world, and he is also a Longhorn … As an NBA All-Star, as a gold medalist, as an NBA MVP and now, as an NBA Champion, KD has always had a powerful connection to The University of Texas. I am grateful for his generosity and investment in the future of UT's student-athletes."

This is far from Durant's first time he has been generous with his money. Back in 2013, Durant donated $1 million to the Red Cross in order to help victims of a tornado that devastated Oklahoma City. In addition, through work with his foundation, the 29-year-old has helped renovate basketball courts across the country in order to provide youths with a place to play.