2020 was a largely forgettable year for Kenny Golladay. The wide receiver only played in five games with the Detroit Lions, with hamstring and hip injuries keeping him sidelined. He limped to 20 catches, 338 yards, and two touchdowns.

He also scuffled with former head coach Matt Patricia, who was fired toward the end of the year. That led to some concern, but Golladay put those fears to rest while interviewing with other teams. And that resulted in a massive new contract offer from the New York Giants.

Golladay, 27, and the Giants just agreed to a four-year, $72 million deal. According to ESPN's Adam Schefter, the deal could be worth up to $76 million and includes a $40 million signing bonus. 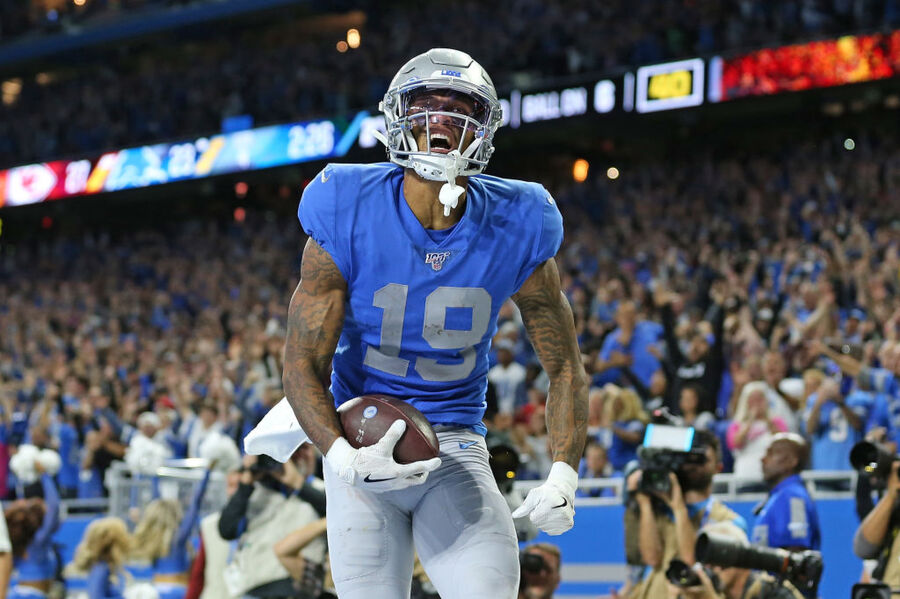 It'll pay Golladay an annual average of $18 million, which makes him the sixth-highest-paid wide receiver in the NFL. And it's quite the pay raise from last season – a whopping 2152 percent increase, in fact.

Now, Golladay joins an exciting young core in New York, led by quarterback Daniel Jones. Jones was one of the players that recruited Golladay, and the duo believes it can help return the team to the playoffs. The Giants now have a true No. 1 receiver for the first time since Odell Beckham Jr. departed after the 2018 season. Golladay made the Pro Bowl in 2019, his best year yet as a pro. He finishes his Detroit career with 138 catches, 3,068 yards, and 21 touchdowns.

Now, he's headed to the bright lights and intense media pressure of New York. But he's ready for a fresh start and should be healthy and happy heading into the 2021 season.

Sometimes, that makes all the difference in the world.