Ken Griffey Jr. is already a legend in the city of Seattle. He played 13 years for the Mariners, finishing with 630 home runs and 1,836 RBIs. Along the way, he won the 1997 American League MVP award, made 13 All-Star Games, and won 10 Gold Gloves.

Now, Griffey Jr. is dipping his toes into another sport: soccer.

The Seattle Sounders FC announced Griffey Jr. and his wife, Melissa, have joined the ownership group for the club. And the Sounders sport a pretty impressive list of owners. Other members of the group include Ciara and her husband Russell Wilson, Macklemore and his wife Tricia Davis, and former Microsoft executive Terry Myerson and his wife, Katie.

The Griffeys are also joined by Tod Leiweke and his wife, Tara, who just officially added ownership. Leiweke is the CEO and team president of the Seattle Kraken, an NHL expansion team. 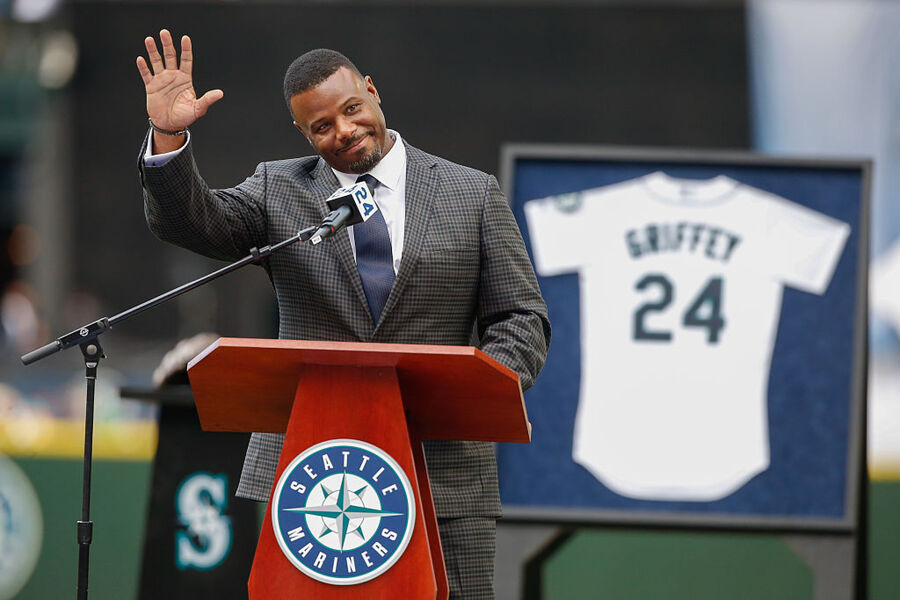 No financial data has been released, but Melissa Griffey likely played a large part in the decision. She's a soccer fanatic and a former player herself, and this is another way for her and her husband to give back.

Despite growing up in Cincinnati and playing several MLB seasons there, Griffey Jr. said Seattle is where he became a man. He met Melissa and his first two children were born while he was with the Mariners.

He continues to contribute to the city in various ways. Griffey Jr. has participated with the Boys and Girls Club, the Make-a-Wish Foundation, and Seattle Children's Hospital.

He's not simply joining for show, either. He has a simple goal for the Sounders: be the best team ever.

"I don't play games to be competitive, I play to win," Griffey Jr. said in regards to the news. "I want the Sounders to be compared to the Yankees. Twenty-seven, 28 championships. That's what I root for, that's what I want."