When Keeping It Real Goes Wrong: The Nightmare Summer For Tristan Thompson

NBA players betting on themselves to earn big money is commonplace. Just within the past year, guys like Jimmy Butler and K.J. McDaniels have turned down extensions, or have signed contracts of incredibly short length, believing if they just proved themselves on the court, a big payday would come. When it's successful, it's a genius move. Sure, $40 million is great, but $90 million or more? That's so much better.

Of course, sometimes this move completely backfires. Often a player overestimates his worth and ends up on the losing side of the bargaining table. That appears to be the case with Cleveland Cavaliers forward, Tristan Thompson. Thompson, who will be entering his fifth year in the league, had been the starter in Cleveland the previous two seasons. Once Kevin Love arrived, though, Thompson was relegated to the bench. But Thompson once again got his chance to shine when Love dislocated his shoulder in the first round of the playoffs, and Thompson took advantage of the situation, nearly posting a double-double throughout the playoffs, while averaging about 10 more minutes per game. He was also a menace around the basket, and really one of the few Cavs who could be counted on to play consistent defense throughout the playoffs.

After the season, Thompson became a restricted free agent, meaning any team could extend an offer to him, but the Cavs would have the chance to match whatever he received. In July, it seemed the team and the power forward were nearing a five-year, $80 million deal, but here we are in October, less than two weeks from the start of the season, and Thompson is still holding out. How could this be? What happened that turned the tides so quickly?

It turns out $80 million wasn't enough for Thompson. He was seeking a max deal, instead. Now, max deals vary based on both the current salary cap and the amount of years a player has put into the league. For a player who's been in the league as long as Thompson has, the max he could make is $94 million, which would also be extrapolated over that five-year timeframe. If you're scoring at home, that's less than $3 million per year in extra salary. Seems like it probably wasn't worth the ask, particularly considering what has happened since Thompson requested more money.

The problem is, the Cavs naturally don't want to give max money to a bench player, which is what Thompson will likely once again become when Love returns to the court. He'll still contribute, of course, but for a team that's already flirting with the luxury tax, it's a lot to ask to start handing out All-Star money to non-starters. And looking at other big men who have signed this off-season, five years and $80 million has been fairly standard.

Thompson's agent, Rich Paul, who just so happens to be LeBron James's agent, as well, threatened that his client would sign a one-year, $6.8 million qualifying offer if he didn't receive the max. By signing that offer, Thompson would be an unrestricted free agent after next season, and could bolt for any team. The Cavs would be helpless to stop him.

Except the Cavs thought Paul was bluffing, and called him on it. Thompson never signed the qualifying sheet, and because Cleveland never budged, he even lowered his offer to three years and $53 million, just a million dollars more per season than what the Cavs initially offered, but with shorter stability. That wouldn't help the team if they opted to trade Thompson in the next few years, so Cleveland passed on that deal. The stalemate has gotten so intense that the Cavs have taken away the original $80 million offer. 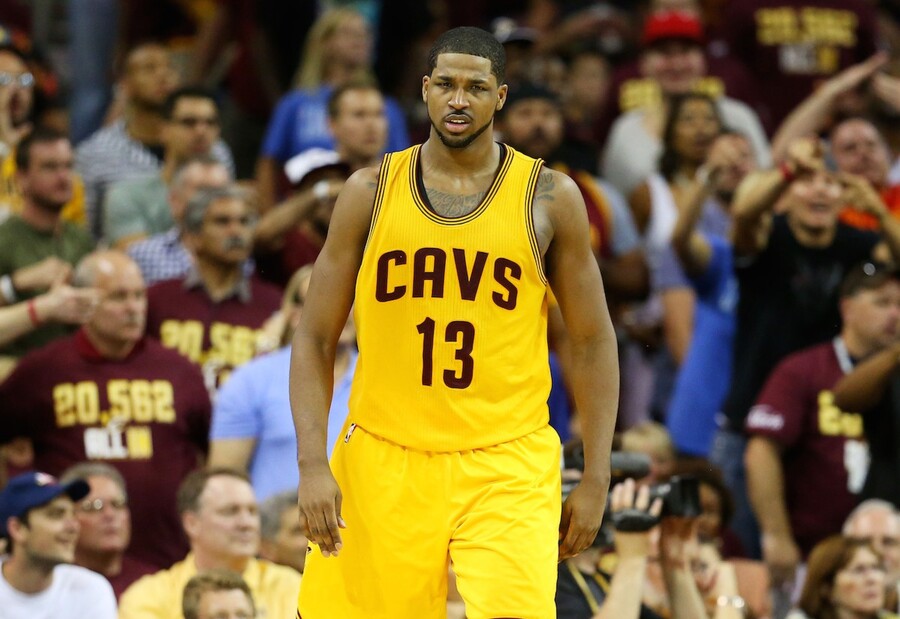 Unfortunately for Thompson, he has lost any and all leverage he once had. If he sits out the entire year, his situation won't change. He'll still be a restricted free agent heading into the 2016 off-season. If any team offers him a contract, the Cavs can simply match it. And the deadline to sign the qualifying sheet already passed on October 1, with Cleveland opting not to extend that deadline and give Thompson more time to sign. The Cavs and Thompson have to agree on a deal, or he's not going to play a single minute this year.

Can he win in this situation? Yes, but it is highly unlikely. It would require a team clearing enough cap space to be able to offer him a deal close to the one he turned down. But it's a lot less likely that team would have as good a chance of winning it all as the Cavs do. They're a prohibitive favorite to win the East – let's face it, any team with LeBron at the helm has a pretty good chance of cakewalking to the conference finals, at the very least–and they took the superior Golden State Warriors to six games last year with a supporting cast that looked like your local YMCA pickup game.

If Thompson wanted to continue "bargaining," he could theoretically sit out this entire season and hope other teams have more cap room to offer him a bigger deal. He's one of the better big players available, and with the salary cap set to increase by quite a bit next off-season, teams would have more to offer. But is he really ready to miss a full year like that?

It's always tempting to bet on yourself. But sometimes you need to take a realistic view of the situation. In this case, Thompson was expecting to get a max deal, but he's not at a star level yet. He's never averaged more than 12 points a game during the regular season, and while his defense was solid in the playoffs, he does still lapse from time to time. The consistency simply isn't there to warrant a max offer.

UPDATE: In a shocking turn of events, it actually looks like Thompson's strategy paid off. While he didn't get the max deal he was looking for, the Cavs did increase their dollar amount. The team just announced they're signing Thompson to a five-year, $82 million deal. Seems like the moral of the story is that pouting and rejecting something for nearly four months will end up netting you an extra two million dollars. Not bad at all.