Kawhi Leonard is making moves north of the border. The Toronto Raptors star agreed to a multi-year endorsement deal with New Balance. The company is hoping to re-establish itself as a major player in the basketball market. And Leonard will serve as the face of the brand.

Leonard had previously been signed with Jordan Brand but turned down an extension earlier this year. He opted to go with New Balance as they look to make some noise in the NBA after laying dormant.

With Leonard, New Balance looks like a company on the rise. Their annual revenues have nearly tripled over the past decade, rising from $1.5 billion to $4.2 billion per year.

The company also has Sydney McLaughlin on its athlete roster. McLaughlin, a hurdler and sprinter, will likely be one of the hottest athletes of the 2020 Olympic Games. 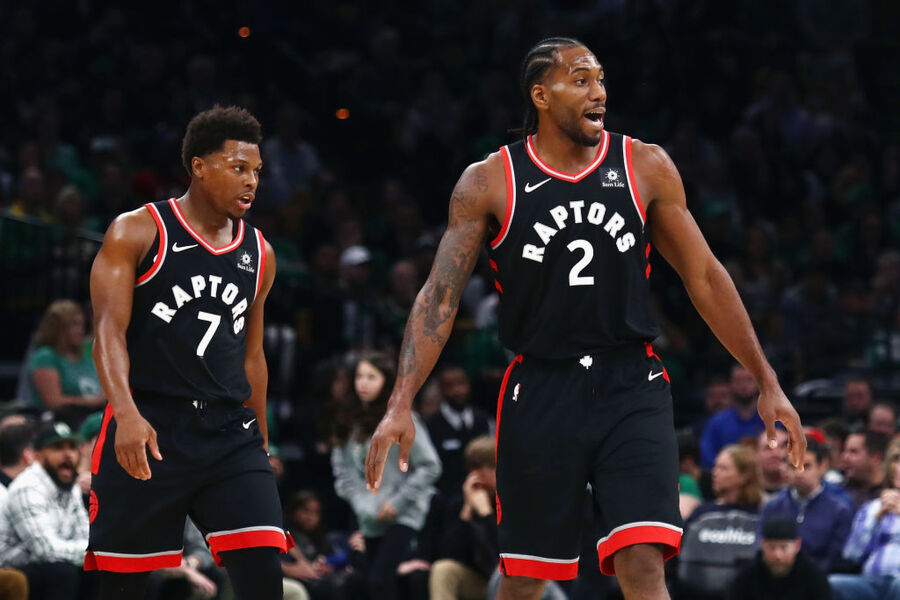 The actual value of Leonard's deal hasn't been disclosed, though he'll likely make more than $5 million per year from New Balance. The Jordan Brand extension he turned down was worth four years and $22 million.

Leonard's agreement comes in tandem with another move from New Balance. The company hired Darius Bazley, a top prospect in the 2019 NBA Draft, as an "intern." Bazley, who committed to Syracuse before later de-committing, will earn anywhere between $1 million and $14 million from New Balance.

In a way, Leonard's decision is reflective of his recent career path. He missed all but nine games for the Spurs last year and is having an MVP-caliber start to this season. Guiding the Raptors to their first-ever title would be the ultimate redemption story.