He May Have A $94 Million Contract, But Kawhi Leonard Still Drives A 1997 Chevy Tahoe

Earlier this week, we posted an article about Shaquille O'Neal and the advice he gave to young NBA players regarding saving their money. While some NBA players do indeed need that advice, there is without a doubt at least one player in the league that clearly doesn't need Shaq's words of wisdom in the saving money department.

Kawhi Leonard, despite having yet to play in a game in the 2017-18 NBA season, is without a doubt one of best players in the league. The 2-time NBA All-Star has served as the perfect replacement for lifetime Spur Tim Duncan, and the team rewarded Kawhi's play with a 5-year, $94 million contract in 2015. But despite Kawhi's superstar caliber contract, he doesn't spend money like your average superstar. In an Sports Illustrated article, it was revealed that Kawhi still drives a 1997 Chevy Tahoe. 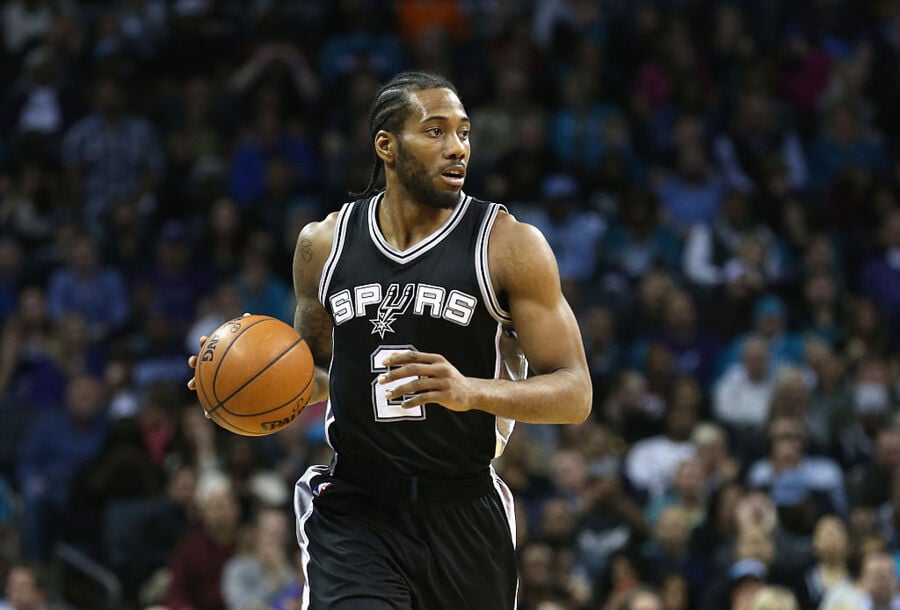 When speaking about the truck he drives, which he's had since he was a teenager, he said that "it runs… and it's paid off."

In addition, the article revealed that he also uses coupons to get free wings at Wingstop, who he sponsors. When he lost his coupons for free wings, the 2-time Defensive Player of the Year panicked (Wingstop gladly sent him some more).

A recent study found that NBA players spend an average of $42,500 a month. I think it's safe to assume that Kawhi falls well below that average.