Kawhi Leonard Is Suing Nike For Using His Klaw Logo

Kawhi Leonard has plenty on his plate right now. His Toronto Raptors are battling the Golden State Warriors in the NBA Finals. Leonard is just a few wins away from winning another championship and delivering the Raptors their first NBA title. But now he's got to worry about something else, off the court.

Leonard filed a federal lawsuit against Nike, alleging that the company is using a logo Leonard designed.

Breaking: Kawhi Leonard has filed a federal lawsuit against Nike. Leonard claims he designed the logo that appeared on his Nike apparel and Nike copyrighted the logo without his consent. pic.twitter.com/LRB0cRTOd0

The "Klaw" logo features a tracing of Leonard's large hand, with the initial "KL" and the number "2" inside. Leonard has worn the number two during both his collegiate and NBA career. The lawsuit alleges that Leonard designed the logo soon after entering the league. He also had several drawings while playing at San Diego State.

No financials around the lawsuit have been released yet.

While playing with the San Antonio Spurs, Leonard signed an endorsement deal with Nike. But negotiations broke down last year and Leonard signed with New Balance at the end of November. 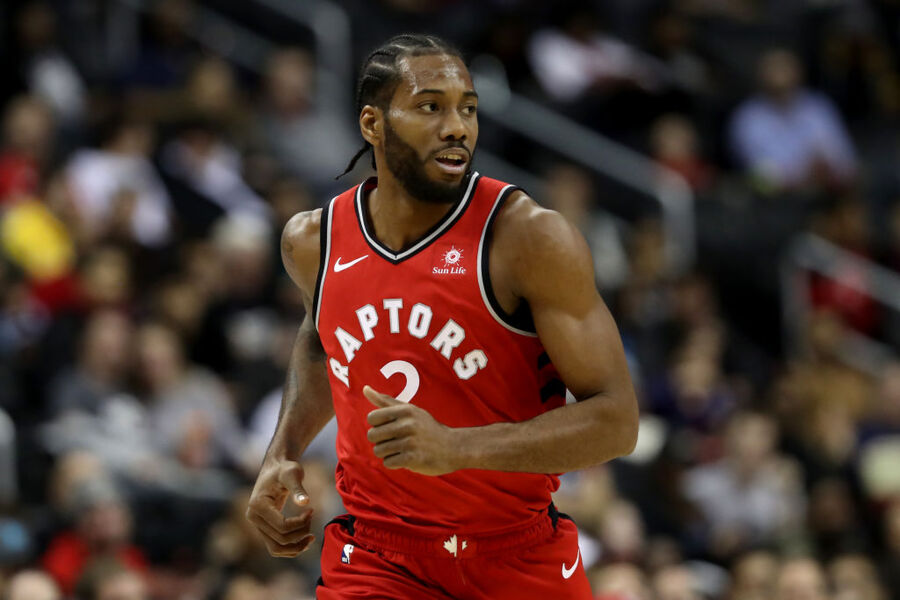 Since then, New Balance has launched a brilliant campaign playing to Leonard's quiet personality. Leonard has designed his own shoes and colorways and has worn playful shirts, like the "Fun Guy" travel attire. New Balance also put a billboard in Oakland, calling Leonard the King of the North.

The pairing was questioned by some, but Leonard and New Balance seem like a perfect fit. That makes Nike a target, especially if they're using Leonard's content, as the lawsuit alleges.

RJ Marquez, a writer covering the Spurs, shared additional details of the allegations:

JUST IN: Kawhi Leonard has filed a federal lawsuit against Nike over use of "KL" hand logo. Leonard claims he designed the logo before he signed with Nike and the company copyrighted it without his consent. Lawsuit obtained by @KSATMariah…more details⬇️ #KSATsports #KSATnews pic.twitter.com/KKsbnTRY6U

We'll see if this becomes a distraction for Leonard during the playoffs. But with how much of a machine he's been thus far, we wouldn't bet against him.